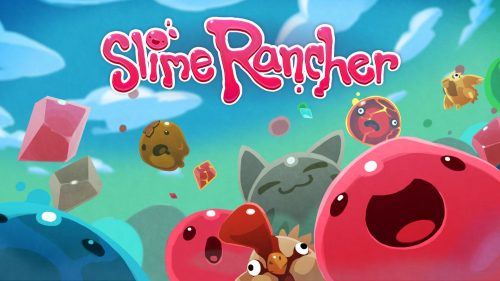 In Slime Rancher, you play as a character who left Earth to go thousands of light-years away to the Far, Far Range. Your character becomes a Rancher, and you collect these creatures called Slimes. You collect them, feed them, then sell their ‘Plorts,’ and earn money for them. With this money, you can expand your ranch, purchase character upgrades, and more.

Slime Rancher costs $20, and there is one DLC pack and it does not affect gameplay, it only changes the appearance of the Slimes. The DLC costs $8. Aside from the purchase of the game itself, for the three years the game has been out, every update has been free. Each update adds a bunch of new content, including new Slimes, new areas on the map, and more.

In my opinion, one of the best parts of Slime Rancher is the exploration. There are 18 areas in the game, including the Ranch. These areas are all unique in design, music, and each area has new Slimes and food for the slimes. To unlock some areas, you need Slime Keys, which you obtain from Gordo Slimes, which you feed until they give you a key. You insert the key into a door, and unlock new areas.

When you’re not exploring, you’re feeding your slimes, growing crops, and more. There is an entire area on the Ranch dedicated to Slime Science. Using Slime Science, you can build teleporters and decorations for your Ranch with materials that you can find all around the map. There is also an in-game encyclopedia that displays information on every Slime, food, area, and Slime Science research.

When doing trades with other characters in the game, you unlock different areas like the Wilds. The Wilds is the only location where you can find the Primal Slimes and a special fruit. Another location, Viktor’s Workshop allows you to obtain glitched slimes with special characteristics. The last location, Mochi’s Manor, allows you to race Quicksilver slimes, which you need to stun in order to obtain their Plorts. These locations add even more things to do in Slime Rancher.

There are hours of fun to be had in Slime Rancher. This game is very worth it for its price tag. I highly recommend Slime Rancher if you want a fun experience for a good price.