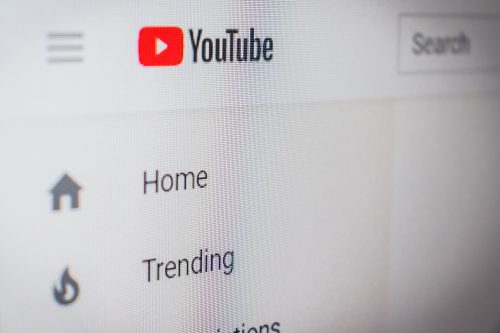 Beginning on January 1, 2020, new YouTube rules were enforced to make the platform COPPA (Children’s Online Privacy and Protection Act) compliant. These new rules are worrying all types of content creators on the platform, since they bring the risk of losing large sums of money.

These new YouTube rules were formed in the aftermath of the Federal Trade Commission suing the platform $170 million for going against the Children’s Online Privacy and Protection Act, also known as COPPA. The platform was found guilty of gathering data from kids under 13. COPPA was created to prevent this type of behavior on the internet. In an attempt to become COPPA compliant, YouTube is requiring all content creators on the platform to mark if their videos are targeted towards children or not.

While sounding simple enough, marking a video as directed towards kids cause content creators to lose many abilities. As stated by YouTube itself, videos and channels marked for kids lose personal advertising on the platform. Content creators lose the ability to have their videos show up on the recommended and suggested videos section. They are estimated to lose 90% percent of revenue made on those videos. This becomes a giant problem for creators who make a living off the platform.

Along with this, viewers of these channels aren’t able to become notified of new videos. YouTube has constantly having problems with viewers not seeing videos appear in their sub boxes before, and this brings a new problem on top of that. Viewers will struggle even more to find out if their favorite channels have made any new videos.

Both creators and viewers will lose access to a community tab and comments. Community tabs allow creators to make text posts with information that is too short for a video. Often times, creators use it to talk directly with their community or inform them of any upcoming events on the channel. Removing these features remove the ability for creators and viewers to interact with one another.

Marking a video as meant for “a more mature audience” brings its share of negatives as well. The FTC has explained that they would go through all videos to make sure they are correctly marked. If they find a video marked for mature audience, but it seems to be meant for children, channels will face a fine of about $42,000.

Other problems come with making more mature videos. Demonetization has been a problem on the platform since 2016. When a video is demonetized, the video will receive no ads to make money off of. In many cases, videos deemed as mature were demonetized. Content creators have struggled to get their videos not demonetized. With the added risk of getting sued, channels will have to be more careful than ever to gain money off of videos.

In addition to the effects of the rules, it’s incredibly hard to understand what to mark a video as. YouTube provided help on this matter; however, the factors they gave are extremely vague. One of the factors says to consider if the video’s intended or actual audience is children. They advise to also consider the subject matter, but don’t become any more specific than that.

Another factor talks about the video including characters that appeal to children, including animated/cartoon characters. Many channels on YouTube base their channels around video games, and according to this factor, the video could seem like it’s directed towards children. Game-based channels and games including animated characters like from Pokemon series games, Minecraft, Fortnite, and others could meet their end on the platform. The factors YouTube provides are too vague to be able to determine anything.

YouTube’s new rules and execution of them are putting everyone at risk. The new rules could deter channels from wanting to upload and ruin the platform for everyone. Although YouTube created these rules, the FTC allowed for comments and feedback on the new COPPA rule through December 9th.

This entry was posted in Columns, Magazine, Opinion and tagged socialmedia. Bookmark the permalink.
top