All Hail the Queen!

The 2020 Neshannock homecoming queen is Reese Zimmerman! What would have been a packed football game to watch the crowning of the queen, was smaller due to COVID restrictions. Since not everyone could attend the ceremony, here is some information on our new queen!

When Reese found out she was on court, she had to ask Ms. Cynthia Welker if they really just said her name because she was not expecting to make it. Alongside her on the senior court was Cristina Memo, Elena Quinn, Zoe Vitale, and Amelia Wilt. 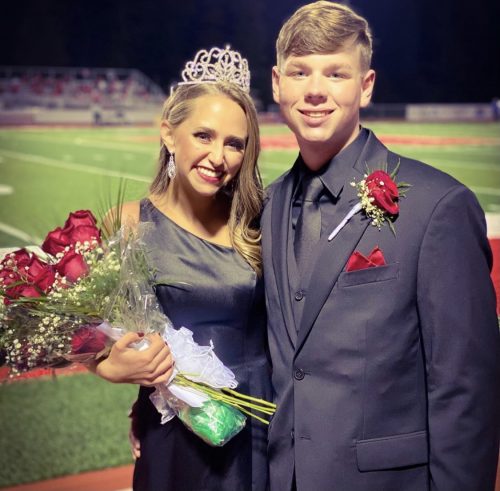 When finding her court dress, Reese went to Henri’s Cloud Nine in Columbus Ohio. She spotted this dress last year when planning for prom, but due to COVID, that did not happen. Reese said, “Last year, when I thought we were going to have a prom, I was looking online for prom dresses and came across one that I loved!” When she found out that she was going to be on court, she knew that she had to have this dress.

Reese’s escort was Gage Giordano. According to Reese, the two are friends and he sent her a beautiful bouquet of flowers when she made court. Gage said that he was so excited for her that he had to ask Reese to be her escort. Gage said, “I was looking forward to the whole night. Being with Reese is always fun, so I knew we would have a great time.” Gage does not like being a part of the attention, but said, “I did everything for her because she deserves it.”

At the game, Reese recalled, “When we were walking down the field, it was SUPER cold! I remember I was shaking cause I was freezing.” She also wore really high heels and was nervous of tripping on the field. Reese said Gage told her to grab on to him if she felt like tripping so she wouldn’t fall. Coincidentally, Gage said that the only thing he thought of while they walked was, “DO NOT LET HER FALL!”

When they finally announced her as queen, Reese was overwhelmed. She was not expecting to win. She said it all happened so fast that she didn’t even have time to think. Gage, on the other hand, thought differently. “ I was so happy for her when she won. She’s always been my queen. To me, there was no one more deserving.”

When asked to sum up her experience, Reese answered in a way that anyone who knows her would probably agree is typical of her generous and kind spirit:  “I am so grateful to have such an amazing experience with such a great group of people!” 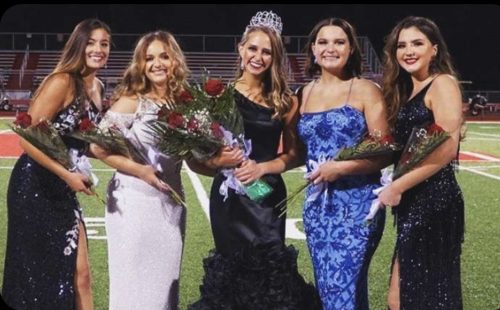