Behind the Classroom Door: Mrs. Hilton 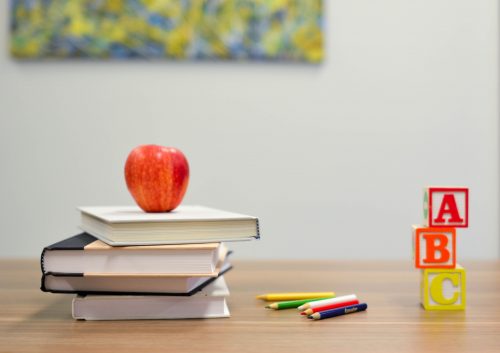 Known around the school as a strict, no-nonsense type of teacher, Mrs. Hilton often receives a bad rap, but there is much more behind her classroom door. Growing up, Mrs. Hilton was greatly influenced by her science teacher, Mr. Hoffman. She recalled babysitting his kids and being completely enamored by every piece of knowledge she absorbed in his class. “I had Mr. Hoffman,” Hilton recalled, “and I loved chemistry, and loved everything that he did, and all of the information he taught us in class, and I wanted to be just like him.” So, Mrs. Hilton went to school and studied to become a teacher. She was hired here, at Neshannock, and nearly taught math classes, but as fate would have it, Mrs. Hilton gets to teach what she loves:   science. When asked about her favorite part of teaching, Mrs. Hilton said she loves “when the kids start to understand things, when they see how things go together, and when it makes sense to them.”

Mrs. Hilton clearly loves science, but don’t be fooled:   She lets her hair down at times! Mrs. Hilton admitted that despite not being much of a music person, she is most likely to get caught singing along to Garth Brooks’ song “Friends in Low Places”. Mrs. Hilton also revealed that outside of school she enjoys reading. She says, “I try to read a lot of what the students read.” She also spends her free time watching sports, especially Pittsburgh teams like the Steelers, Penguins, and Pirates. Mrs. Hilton also said that she is most likely to binge-watch Grey’s Anatomy saying “they come up with something every week that pulls you in.” During our interview, I additionally found out that she is a night owl, and enjoys to sleep in a little on the weekend. When inquired about what she would do with lottery winning, she said she liked to travel, “I would either go to Ireland, cause I would love to go there and see what it looks like. Or back to Bermuda … it was the most beautiful place I’ve ever seen in my life.” Mrs. Hilton divulged the 5 things she cannot live without, and those are chocolate, her family, a book, her eight chickens, and her water bed. She joked that “chocolate might be more important than my family.”

The last question I asked Mrs. Hilton was if she had anything she wants her students to know about her, and her teaching methods. At this time, she said that “My main concern is to prepare them for their future, and they think that I’m just doing things to torture them, but I’m really trying to get them prepared.  I care about them and want them to be successful.” After our interview, there is no denying that yes, Mrs. Hilton is strict, but also that she deeply cares about everyone that walks into her classroom. Mrs. Hilton is passionate about her job, and that exudes from her personality and can unleash a student’s love of science. I think that the role Mrs. Hilton plays in a student’s life is vital, because she pushes everyone to try their best, and truly think about the questions being asked. Mrs. Hilton is an advantage that our school has because with her diligence, students have the ability to continue on in their life prepared for their futures, and that is her main goal.

This entry was posted in Columns, Magazine and tagged teacherprofile. Bookmark the permalink.
top