A Taste of the Middle East 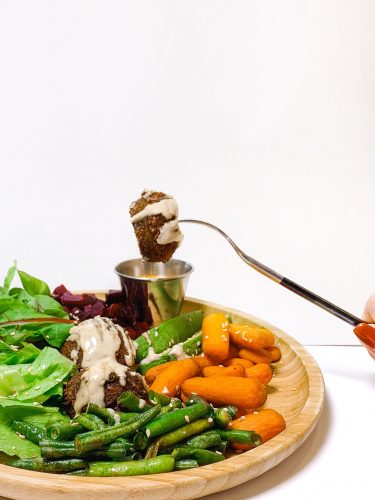 If you have ever had the pleasure of eating these foods, then you have had a taste of Middle Eastern fare. As a person of Middle East descent, the great-grandchild of immigrants from Syria, I find this food to be some of the best around.

There are a number of places in New Castle to chow down on quality Middle Eastern food. Nahla’s, Elham, and Mary’s are the most notable. If you are willing to drive a few more miles, then head to Aladdin’s in Boardman. Aladdin’s is a chain of restaurants dedicated to serving healthy Lebanese-American cuisine. My family and I go there quite often, and it’s probably one of our favorite places to eat.

No matter your palate or dietary restrictions, the Middle East will have a dish for you. There are meat dishes upon meat dishes for those carnivorous folks. People with gluten allergies will go crazy for hummus a creamy chickpea dip, or baba ganoush, a roasted eggplant dip. As for me, I am what is known as a flexitarian. I tend to not eat meat but don’t entirely eliminate it from my diet. I incorporate it into my meals. I don’t eat meat unless I cook it, so when we go out to eat I opt for something meatless. A few of my favorites are falafel, hummus, baklava, and fattoush salad. All of these are Middle Eastern foods. Imagine a bed of crisp lettuce nestled alongside tomatoes and onions and dressed with a zippy vinaigrette laced with spices, topped off with a generous portion of crunchy pita chips. That is fattoush salad. Falafel can be fried or baked, and they are essentially patties made from chickpeas, fava beans, and spices. They are fantastic on top of salad, which is how I eat them at Mary’s: four falafel on top of tabouli, or a parsley salad with bulgur and tomatoes. Baklava is a sticky sweet treat consisting of layers of phyllo dough riddled with chopped nuts and sweetened with honey. It’s a great way to round out any meal, and it’s as messy as it is delicious.

I’ve grown up surrounded by Middle Eastern fare. It’s not that we gather in the kitchen and cook it to the tune of Middle Eastern music, although that would be nice. We’ve just always ordered it for holidays or for everyday meals because it’s part of our roots, at least on my dad’s side. At Christmas, there is always a blend of Italian and Syrian food. I’ve been eating hummus (from the store or leftovers from a restaurant) forever. Plus, I’ve been going to Mary’s for the longest time, ever since I can remember. So I may be a little biased when I saw that pretty much nothing tops hummus, a Syrian bun, and a nice helping of tabouli.

Cooking is one of my passions, and it has been for about two years. I just love the process: the chopping of the vegetables, the boiling of the water (especially when it’s salted because boiling salted water is simply delightful to smell), the sprinkling of the spices. My favorite things to cook are pasta and curry, the former alongside a big green salad and the latter mixed in with broccoli or Brussels sprouts. I’ve also had experience with making bread, at least cornbread, which I’ve served with chili. That is very fun.

Someday I would like to cook Middle Eastern food. One time, for my birthday a few years ago, I made fattoush salad, but unfortunately it came out watery. Moreover, I’ve tried my hand at hummus, but it’s always tasted sort of funky, not like the kind I’ve had in restaurants or have bought at the grocery store. So I haven’t had the best of luck with this food, but maybe it is one of those things where as I age I improve. I’d like to try rolling up grape leaves (vegetarian, of course, because grape leaves can be stuffed with or without meat) by hand. That is something my aunt showed me how to do when I was younger, and it would be neat indeed to replicate that when I get older and pay homage to my Middle Eastern roots. When I grow up I envision hand-rolling grape leaves, stuffing said grape leaves with rice and chickpeas, and chopping nuts for baklava. Homemade is always, always better than ordered from a restaurant or bought from a store.

This entry was posted in Columns, Opinion. Bookmark the permalink.
top