The Phenomenon of Among Us 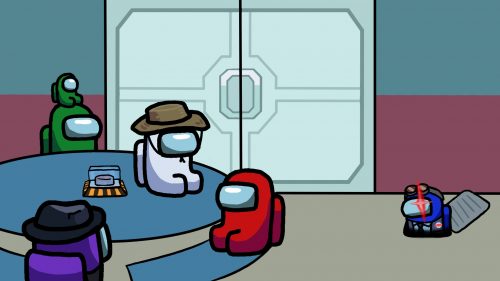 Although Among Us was published in 2018, the game’s player base suddenly skyrocketed in these recent months. The game currently has over 200,00 reviews on Steam with a five-star rating. Among Us is fairly simplistic, so what caused the sudden popularity?

Like other games that came out before it, such as Town of Salem, Among Us took a spin on the classic werewolf party game genre. These are games that use lots of secrecy, and they’re normally played in large groups of 10-20 people, at parties and other gatherings.  Here’s the basics of the party game:  There are two “groups”:  “villagers” and “werewolves.”  “Werewolves” must keep hidden from “villagers”, because “villagers” want to kill “werewolves.”  So, “werewolf” players pretend to be “villagers,” even though they’re secretly the villains of the game.  Each play round, the “werewolves” secretly decide upon one “villager” to kill.  “Villagers” can then try to kill a “werewolf,” but they don’t know if the person is ACTUALLY a “werewolf” or is just an average “villager.”   Of course, this is all in good fun, and it’s all completely ridiculous.

Among Us takes this classic party game and puts it into an online format.  Plus, it changes up the setting–outer space, not a little village with werewolves.  Players in Among Us become either a crewmate or an impostor. With rooms containing up to ten players, oftentimes there are two imposters in a game.

Similar to other werewolf games, crewmates try to vote out imposters, while impostors try to kill all crewmates. When bodies are reported or a player calls an emergency meeting, all players are brought to a voting screen. Here players converse to find alibis and determine any impostors. During these meetings, players vote on people to eject out into space in an attempt to kill the impostor.

The added spin comes in the form of tasks and sabotages. All crewmates are given a list of tasks to complete. As tasks complete, the players fill up a taskbar. If the taskbar fills up before imposters win, the crewmates win the game. 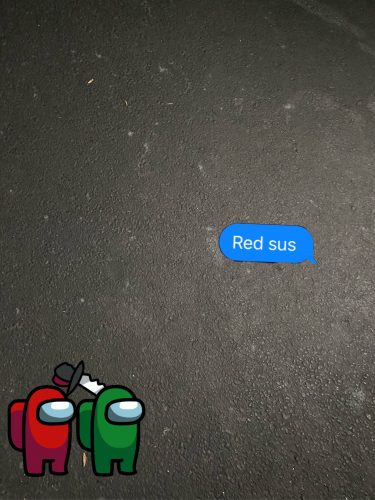 Artwork by Ella Salata, Class of 2026

Crewmates are also able to use certain tasks to prove their innocence and determine who the impostors are. Visual tasks are tasks that show animations to other near players. Only crewmates are able to perform these tasks, so impostors won’t trigger the animations.

While crewmates have tasks, impostors have access to a sabotage menu. Impostors are able to trigger sabotages that win them the game if they’re not solved, including O2 depletion. When one of these sabotages are performed, crewmates must rush to the problem and perform a task to fix it in the given time limit. If crewmates fail to solve it, impostors win the game.

Additionally, impostors have sabotages to make it more difficult for crewmates to navigate around. They’re able to shut off lights for crewmates to see, but impostors’ vision is not impaired. Impostors also have the possibility to shut doors to trap crewmates in rooms or sabotage communications to hide crewmates’ task list.

The game’s maps, settings where it takes place, are based around space. The Skeld takes place on a spaceship, Mira HQ is a headquarters, and Polus is on a base camp on a foreign planet. Each map contains unique attributes for crewmates, such as security cameras, life vitals, and location trackers. Specific maps have different sabotages, such as O2 depletion, reactor malfunction, seismic malfunction, and openable doors.

All maps contain a vent system, which impostors use to travel around undetected. Crewmates cannot use the vents, but they can spot impostors hopping in and out of vents.

While the game mechanics are satisfying, some of the most fun occurs with the socialization. Players have the option to make private rooms to only play with specific people. This allows players to play games only with their friends. Friends who are already together can play the game together in-person. Others can get together in calls, such as Discord, and socialize through that.

Among Us also offers online games where players can play with other random people online. These games utilize in-game chats. Players are able to send messages in these chats to talk to others during meetings. Dead players have constant access to the chat to talk with other dead players.

While it seems difficult to have more fun in online games, players still have interesting experiences. Players can continue playing with the same people after a round ends. After multiple rounds together, some players begin to form bonds and stick with other players.

Players form groups or partners to follow around. In some situations, players form enough trust to show the person they’re an impostor. That crewmate can act as a third impostor and help the impostors win. While it looks unfair to other players, it’s all in good fun and provides a good laugh.

In online rooms, players can even meet the most unexpected people. While most popular YouTubers and Twitch streamers film themselves playing the game with their friends, some keep to playing in online rooms. One player created a Tik Tok post asking to find out who one of the people they played with was. They later discovered they played over two hours with a popular YouTuber.

In a time of uncertainty, Among Us provides a way for friends and people to get together. The game recently got a Halloween update, adding spooky decorations and hats for players. With the sudden popularity, the game developers, Innersloth, are also planning massive updates including a new map, game mechanics, and a friending system. The game is free on mobile and costs only $10 on Steam. You can keep up with developer updates on their itch.io site here. 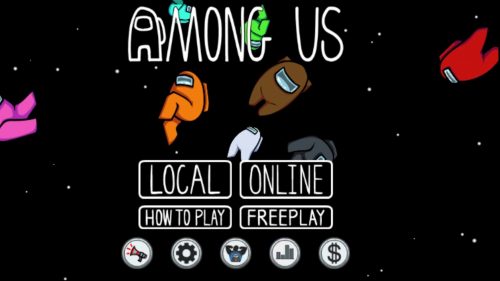 This entry was posted in Entertainment, Magazine, News and tagged gamereview, socialmedia. Bookmark the permalink.
top