An Ode to Pumpkin Spice 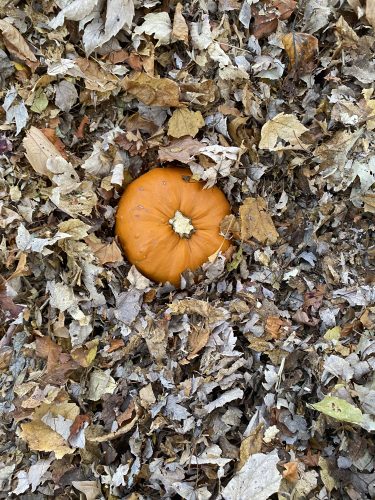 For most people, it would be hard to imagine the fall time without pumpkin spice; however, compared to other spices “pumpkin spice” as a concept is rather new. The first trace of pumpkin spice can be found in the twentieth century, when cookbooks began mentioning it in the 1920s. At this point, consumers still had to assemble this spice one their own by using nutmeg, allspice, cinnamon, cloves, and ginger. That was until McCormick blended these spices and began selling them as “Pumpkin Pie Spice.” This invention revolutionized the spice industry\ and seemingly created the public’s obsession with this warm, autumn goodness.

Today, the brand that is “Pumpkin Spice” has rapidly expanded to include food goods. Perhaps the most popular of these pumpkin-y pals is the Pumpkin Spice Latte. In 2003, Starbucks launched their Pumpkin Spice Latte, and customers were automatically drawn to the comfort factor. Since then, brands like Dunkin’ and Tim Hortons have also canonballed into this power house industry. Corporations everywhere have noticed the mass popularity of Pumpkin Spice; it is impossible to walk down a grocery store aisle without spotting pumpkin flavored goods. This year, I have enjoyed Pumpkin Spice Cheerios, greek yogurt, Pop-Tarts, granola bars, and bagels (to name a few).

Pumpkin Spice has single handedly refined industries across the board, and it’s safe to say that the public’s fixation with this flavor is not going away anytime soon. Pumpkin Spice has become a trademark of the fall season.  It’s right up there with Jack-O-Lanterns and Hocus Pocus. Pumpkin Spice is like a hug in a cup (or cereal bowl if you’re eating the Cheerios), and people globally are embracing the flavor right back. Luckily, we are in the middle of Pumpkin Spice season, so open your hearts, and bank accounts, to this dreamy fall delicacy.

This entry was posted in Opinion and tagged fall, pumpkin spice. Bookmark the permalink.
top