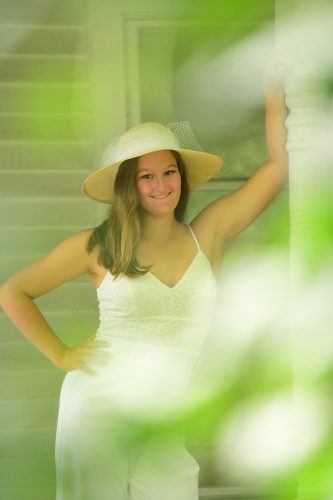 If Katie Walzer had to describe herself in three words, those are the ones she would go for.

One thing you can say about this Neshannock senior is that she knows how to get involved. She is no stranger to school activities. If there was a senior superlative for Most Involved, she would be in contention for it. In the past, she has dabbled in forensics and the school musicals, among countless other out-of-the-classroom pursuits.

Out of all her extracurriculars, however, her favorite is marching band. After doing it for so many years, she has grown very comfortable with it. She’s even the co-drum major! She also cites the fact that participating in marching band allows her to have fun with her friends.

And she is a social butterfly through and through. When she isn’t in school or taking part in a school activity, one of her favorite things to do is hang out with friends. The months of strict quarantine obviously compromised this, but she and her friends found ways to still stay in contact within the comforts of their own homes. They even wrote letters to one another so that they could have something physical.

There is nothing quite like a good pal, both for when the going gets tough and when the going is great. And Katie does not limit herself to her contemporaries, either. For her, Ms. Janaszek and Mrs. Moss serve as both inspirations and companions. The two English teachers encourage her in whatever she does, and she has become quite close with them over the years. Does anyone from Honors English 10 remember the Caped Rascal?

But regardless of what the future has in store for her, she’ll be ready for it. On being asked if she is someone who takes the time to make plans or someone who flies by the seat of their pants, she said that she does indeed think things through.

This comes as no surprise.

“My favorite part of being a senior is the idea that all of the other students look up to us,” Katie remarked.  Not only are the twelfth graders taller, more often than not, but they have valuable experience and can give good life advice. They serve as inspiration for what it means to be young adults.

Indeed, Katie is no exception to this.

This entry was posted in Magazine and tagged Neshannock Lancers, Senior Profiles. Bookmark the permalink.
top