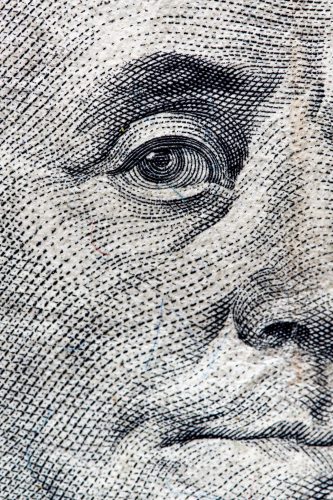 Neshannock deals with financial issues, good and bad.  Indeed, this is an issue across our nation.  Schools large and small are all facing budget cuts, tax cuts, and other financial undertakings that are simply too much.  The systemic problem of school underfunding isn’t attributable to one person or group.  The truth is simple:  it is simply hard to run a school.

As I began researching for this article, I came into it with the assumption that programs such as Lancer Athletics were running with a disproportionately large amount of Neshannock’s funding.  The deeper I dug, the less true that proved to be.  My assumption began my investigation.  What I learned is contained in this article.

In order to come to many of the conclusions I came to in this article, I needed to make some educated guesses regarding some terms that are a bit vague.  I also discovered that Neshannock, unlike many townships, does not disclose their financial information in one area or category.  It took me many hours to find information on the school’s spending that felt very vague.  I assumed that the information pertaining to the spending of public money should be available to the public.  That assumption was not true for Neshannock.  For larger schools, I could easily find a breakdown of their entire budget, but for Neshannock, only basic information published by the state was available.  It may be that larger schools must follow different protocols than a school the size of Neshannock.

The budget I found was broken down into these categories: Instructional Spending, Support Services, Other Financial Uses, and Non-instructional Uses.  I came to the conclusion that Non-instructional uses contained the sports budget.  Using that figure, Neshannock spends less than $574,461 on athletics. This seems like a huge amount of money, but it’s not.  This comes out to be 2.9% of Neshannock’s total annual spending. Sports is not a valid place to cut costs in order to save the budget because of its already small consumption. This unravels the misconception that sports is a large consumer of public funds and that it should be cut.

So far in my research, I hadn’t discovered anything interesting, until I found Neshannock’s spending per student.  In order to compare large schools and small schools, we don’t compare total budgets but divide up the total budget by the number of students to give a standardized measurement of student spending.

Every year Neshannock spends $16,477 per student. According to data from May 2020, published by the United States Census Bureau, the average amount of money spent per pupil in the state of Pennsylvania is $16,395 .  That means that each student at Neshannock is receiving around the state average.  But, Neshannock also has what is called a budgetary deficit.  This means that every year, the school board authorizes the spending of more money than they can get from taxes.  That amount is $1.5 million.

This inevitably leads to the conclusion that the only reason for any budgetary issues is that Neshannock is not receiving enough money from the public.  I will remind you that the total amount of money received, no matter how it is used is the number used to get our spending per student.  No matter how you look at it, Neshannock is not receiving enough money.

Finances and budgets are complicated and boring, but that does not mean they are unimportant.  It is important to request transparency and make financial records easily available to the public.  Only then can we all truly take part in making our school a better place.