Here We D’oh Again: Reflections on The Simpsons 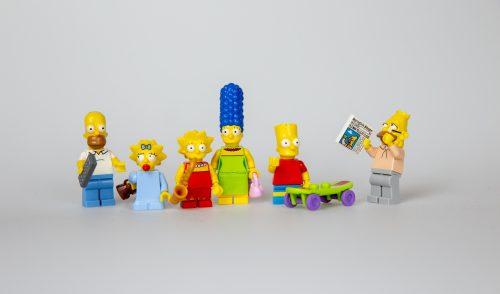 Whether you were born in the 1980s or the 2000s, The Simpsons have been a staple in almost every American household. Debuting as a short on The Tracey Ullman Show in 1987, The Simpsons soon grew to be a hit. In 1989, Matt Groening agreed to have the short transformed into its own series. The very first episode of the show aired on December 17, 1989, on Fox, debuting as a Christmas special called “Simpsons Roasting on an Open Fire”. For the next 30 years, the show’s popularity skyrocketed.

One of the executive producers, James L. Brooks says that the secret is to act as though it is the first season. He said a visitor in the office would never expect the show to be as old as it is, or to have as many episodes as it does. This is an impressive feat, considering that The Simpsons currently has 639 episodes and counting.

Brookes, Groening, and late executive producer Sam Simon all agreed that the show should be for everyone, and they did this by placing jokes not only for adults, but teens and kids too. They are also known for their hilariously clever references to not only other popular fiction but historical events as well. Some of their best references include their parody of Edgar Allan Poe’s “The Raven”, in the very first “Treehouse of Horror” Halloween special, their reference to Planet of the Apes in the episode “A Fish Called Selma”, and their parody of The Shining in “Treehouse of Horror V”.

Fiction is not the only thing they reference either, The Simpsons had a number of musician cameos on their show as well, including Lady Gaga (“Lisa Goes Gaga”), Metallica (“The Mook, the Chef, the Wife, and her Homer”), The Rolling Stones (“How I Spent My Strummer Vacation”), Red Hot Chili Peppers (“Krusty Gets Kancelled”), and Smashing Pumpkins (“Homerpalooza”). They do not just parody and cameo musicians either, they inspire them. Popular pop punk band Fall Out Boy’s name comes Bart’s favorite comic, Radioactiveman! The band chose the name after a suggestion from an audience member in one of their earlier shows.

Fans love every aspect of The Simpsons, from their funny antics to their deeper meanings. Jen Bober, who grew up with The Simpsons said “They are outrageous but also relatable.  The premiere was perfect timing for people my age.” She explained that her generation loves satire, sarcasm, and exaggerated humor, and The Simpsons used all three of these elements in ways that drew in her generation and created lifelong fans.

Rachael Moss thought the focus on counterculture humor and its appeal to kids and teens. Older people liked the way the show made fun of the ideal 1950s family, with Homer as a working man, Marge as a stay at home mother, and Bart, Lisa, and Maggie representing the 2.5 kids. Teenagers and children loved Bart and Lisa, either for Lisa’s compassion and intelligence, or for Bart’s bad boy attitude.The Simpsons also give their characters dimensions. “Homer has some great qualities,” Moss said.  “He’s also a lazy buffoon who shouldn’t be in his job.” What draws many people in is the realness that comes with each character, they all have good and bad traits.

The Simpsons have won a total of eleven Emmy awards, and their success gave the show a total worth of $12.33 billion dollars. The show has T-shirts, games, toys and books, there is even a GPS that talks like Homer. In 2013, FXX bought the cable viewing rights from Fox for $750 million dollars. They played the memorable “Every Simpsons Ever” marathon for a total of twelve days. Surprisingly, the creator Matt Groening said he very much enjoyed the marathon simply because he could not remember all the episodes. He said it was almost like watching a brand new show.

Whether or not The Simpsons will stay popular is up for debate though. With 639 episodes, some are beginning to think the writers may be getting tired and are running out of ideas. What’s more, in recent years, some of the focus on The Simpsons has centered around the racial issues that arose concerning the character Apu. The show was always controversial, tackling issues that no show ever dared to tackle before, and some are very upset with the fact that instead of addressing the stereotyping, the show simply removed Apu completely. Some fans think that The Simpsons are missing opportunities to stay popular and relevant.

Matt Groening never thought that what was just a short little sketch would become so huge. In its 30 years of TV airtime, it has accumulated millions of fans all over the world. Its characters, satire, and humor have made it a show that will be remembered forever.

This entry was posted in Magazine and tagged pop culture, simpsons. Bookmark the permalink.
top