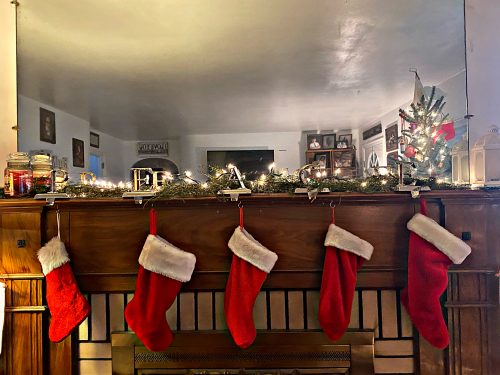 The third annual Thankmas charity fundraiser is already up and running, but this year, it’s been taken to a whole new level. This year’s fundraiser is extended to anyone and everyone who wants to raise money for Red Nose Day, a charity organization devoted to ending child hunger.

Irish YouTuber jacksepticeye, Seán McLoughlin, started Thankmas in 2018 to raise charity money during the holiday season and talk about what people are thankful for. The event is a multi-hour long live-stream with a cheery holiday theme.

In the previous two years, he brought in guests for segments and live-streamed from his channel to promote donations. Besides donations, charity merchandise was also sold. All profits made from merch, t-shirts, hoodies, pins, and more, went towards the cause.

The YouTuber has done multiple charity streams before, but this became an annual tradition. In 2018, he raised over $250,000 for Crisis Text Line, a charity devoted to suicide prevention. In 2019, McLoughlin beat that amount and raised over 350,000 for Child’s Play. Child’s Play works with children’s hospitals to provide kids with toys and video games during their stay.

On this year’s live stream he raised $1.4 million, but the grand total is far higher.  Red Nose Day is working to provide food to those facing food scarcity internationally, especially during this pandemic; however, this year’s Thankmas event brought a twist.

McLoughlin worked directly with Tiltify, a crowdfunding platform, to let anyone set up their own fundraiser to raise money. He called for as many creators possible to stream on the 13th, although live-streaming is not required to make a campaign. Any way to raise money is valid, whether it’s through YouTube, Twitch, TikTok, Twitter, etc.

Earlier this year, McLoughlin created Hope From Home. In a similar fashion, any person could create a campaign, and together they raised almost $2,000,000 for COVID relief. The money was split between three charities: COVID-19 Solidarity Response Fund, United Way, Red Nose Day.

He hopes to raise over $2,000,000 in total and beat last year’s total. This year, an anonymous donor will match up to $1.5 million in collective donations. This could raise over $3,000,000 dollars if they reach the goal.

The campaign goes through the 20th of December and a multitude of creators have and are participating. Hope from Home saw gamers to animators to musicians helping out. There were gamers, commentators, artists, and more who made efforts.

Storytime animator Jaiden Animations live-streamed her second charity live this year and raised $160,000. Commentator YouTuber Jarvis Johnson recently got into live-streaming and gathered a total of $5,500.  These are two examples of streamers who used their networks to create fundraisers.   There were and still are a plethora of streamers and fundraisers to check out.

As of this publication, the fundraising total is well over $4.5 million, and the fundraising is still on-going. You can check out current live-streams to donate to on the Thankmas page. You can also donate directly to the cause using the same link. Help join together for a cause that affects all of us.