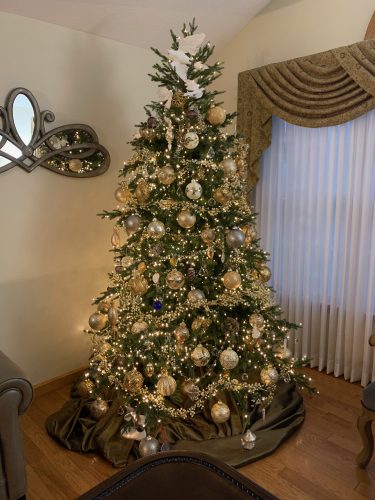 The Polar Express (Rated G, for rental via iTunes)

The Polar Express is about a young boy who wakes up on Christmas Eve to find a magical train outside his house. He goes on the train, and the train heads to the North Pole. This movie captures the Christmas spirit beautifully. The entire look of the film has a very cool wintery setting that puts you in the mood. The animation is also really good, with vibrant colors, and beautiful backgrounds. The music also is fantastic. Getting to the flaws, however, means analyzing the characters.   This movie’s characters are very thin. They have no personality, and I would have liked it if the movie could’ve given them names. Also the animation for the humans, while detailed, is a little creepy. This movie overall gets you in the Christmas spirit with great visuals, fantastic music, and fun sequences. A little childhood story about this movie. When I was about 5, I always wanted a toy version of the train. I looked everywhere for this train. For Christmas one year I actually got a version of this train. The problem was It wasn’t the one I wanted. I didn’t say anything, because I didn’t want my parents to feel bad so we ended up keeping it. (We also still have it).

Elf tells the story of a guy named Buddy. When he was young, he crawled in Santa’s sack and was taken to the North Pole. Now all grown up, he goes on a quest to find his real father in New York. This movie is absolutely amazing. Will Ferrell as Buddy is great.  He has great comedic timing, and he really relishes this role.  The movie’s comedy in general is really funny, and it never stops being funny. The movie has a really good sense of the holiday spirit. The whole atmosphere of New York, and all of the lights at night really just pull you into the Christmas spirit. My only real issue with the movie is the last 10 minutes. The last 10 minutes feel very rushed, and almost like they’re trying too hard to add in some cool action scene involving a sleigh and park rangers. It didn’t  really feel like it was necessary to the movie. I watched this movie a lot as a kid and I always laughed at the scene where Buddy tries to get the star on top of the tree. That just always stuck with me. Elf is a very funny, and cheery movie with a great performance from Will Ferrell, and funny comedy that will be sure to get you in the Christmas spirit.

National Lampoon’s Christmas Vacation tells the story of Clark Griswold, and his family as they try to have a good ol’ fashioned family Christmas, but things don’t go as planned. This movie is one of the funniest movies I have ever seen. This is my favorite Christmas movie out of the three. Chevy Chase as Clark Griswold is a comic genius. He has this very cheery nature that only gets more crazy as the story goes on. The movie has many iconic scenes, and lines that will stick with you. Now the comedy of the movie is almost near perfect. There is so much slapstick, and clever dialogue that just sticks with you long after the credits roll. The movie has such a campy tone to it that it’s almost impossible to not enjoy it. My only real issue with this movie is that there is a subplot involving Clark and a sales woman about 20 mins in the movie. The movie tries to give this subplot a reason to be in the movie, but it just doesn’t affect the story or characters and if they took it out nothing would change. Now I have a lot of childhood stories about this movie, mainly that almost every Christmas I have with my giant family, something always goes wrong. My family also has little miniatures of this movie that we have every Christmas, and that just shows how much my family loves this movie. In the end Christmas Vacation is a total blast with a great Chevy Chase performance, and great comedy that always makes me laugh. This is definitely my favorite Christmas movie.