A Long, Long Time Ago, a Holiday Special Far Away from Normal… 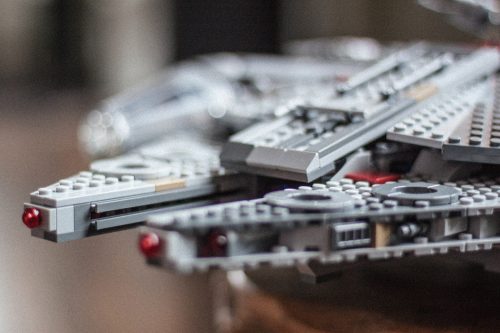 The Star Wars Holiday Special is possibly the worst thing I’ve ever watched. It aired once in 1978, and has never been shown again. The only way to watch it is on YouTube or other video platforms, via individual Star Wars fans who, one way or another, preserved this program for all time.  Before you click the link and watch it for yourself, I want to tell you more about my experience.  I had no idea what I was getting into, when I clicked “play.” When I was watching I thought that this would be just a normal film. I was so wrong.  Let me tell you about this movie and explain my thoughts.  In other words, let me recount The Star Wars Holiday Special so you don’t have to ever watch it.

The movie opens with a chase scene between the Empire and the Millennium Falcon (Han Solo and Chewbacca). Chewbacca needs to get home to his family for an important day called Life Day. Life Day is some kind of holiday in the Star Wars universe.

Then, the scene just cuts.  There’s a minute and a half long sequence where they introduce all the characters that will be in the film and the actors who play them. After that, it cuts to the Wookie family home. The next five minutes consist of Wookies conversing and doing stuff in the house.  This would be a fine scene and could be part of a normal show…except the dialogue is all in the Wookie language. There are no subtitles. For five minutes these characters are talking to each other and you have absolutely no idea what they’re saying. It’s hilarious.

Chewbacca’s wife, Malla, is cooking, his father is carving what looks to be a ship out of wood, and his son is running around playing with toys.  Then, in an attempt to distract the young one, they put some kind of card into this table that displays a hologram. The hologram is a two minute scene of a tiny circus act. There’s dancing, juggling, instrument playing…probably more things that I just forget because this movie is ludicrous.

Chewbacca’s family then contacts Luke Skywalker, and I thought that the film might start to get better after this. It definitely didn’t. Luke’s working on an engine and talking to the family. Here you can somewhat understand the conversation they’re having.

Skipping forward a bit, Malla is watching a video about how to cook some kind of dish. They never name it. It’s a very weird four minutes. There’s no music in this scene so it’s just completely silent aside from the chef’s voice and the sounds of cooking utensils. They have to stir the mixture and the chef on the video gets louder and stirs faster and more the longer it goes on.

Then they show a cartoon that is completely different from the rest of the film. It’s about Luke Skywalker attempting to find the Millenium Falcon because it got lost. He gets the help of a Mandalorian and eventually saves Han and Chewie. It manages to be the only kind of good part of the film.

Honestly, at this point, I stopped watching. I made it about 1 hour through a 1 hour and 37 minute TV movie.  I just could not watch any more of this. I thought it would be a normal film but it was so far from it. In the end, it’s really funny because of how awful it is. I would recommend watching this film, but I would understand if you don’t make it through to the end!