The Ancient Roots of Christmas Traditions 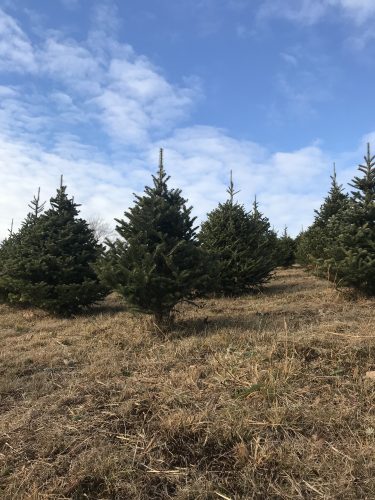 Christmas is celebrated around the world in many different ways, but some traditions are common amongst many demographics.  Santa Claus, December 25th, and Christmas trees are a few of these common traditions.

Santa Claus, the center of the modern form of the holiday, is based on an actual person named Saint Nicholas, who was believed to be born around the year 280 CE.  Every year on December 6th, mostly in Europe, St. Nicholas day is celebrated.

St. Nick was originally known as a protector of sailors, orphans, and prisoners. By the year 1200, St. Nick was known to be the patron saint of children and gift giving.  The story of Saint Nicholas was very different from the one commonly told today.

The story goes that a housekeeper murdered three boys.  St. Nick, the patron saint of children, performed a miracle and resurrected the three children.  The tradition based around this story was that St. Nicholas would bring gifts to all the children across europe gifts on December 6th, or St. Nicholas Day.

After the Protestant Reformation, December 6th merged with December 25th to become a more modern form of the holiday that we all remember. Over the next few centuries, St. Nicholas became Santa and the modern tradition is slowly born.

Everyone knows that Christmas is celebrated on December 25th, but what is the story behind that? In the Bible, there is no given date to Jesus’ birthday.  Easter developed far before Christmas as a Christian holiday.  Most scholars consider Easter to be a reinterpretation of the Jewish holiday, Passover.

There were few references to Jesus’ birth until about 200 CE.  Around that time a scholar in Egypt determined that Jesus was born on May 20th, while others said the date was closer to the end of April. It wasn’t until 200 years later that the first reference to December 25th being Jesus’ birthday. Most scholars agree that the reason for this date is to coincide with the Roman holiday Saturnalia.  The reason for this is to get more Romans to adopt Christianity.  The first documented time that both the celebrations of the Roman holiday Saturnalia and Jesus’ birthday merged was on December 25th.

Much like the previous traditions on this list, Christmas trees also have non-Christian origins.  For hundreds or thousands of years, people used plants to celebrate the shortest day of the year, more commonly known as the Winter Solstice.

All of our modern traditions can be traced back to their ancient roots.  Every year, some old traditions are lost, and some new ones are created, especially this year.  We don’t know how the traditions we are beginning in 2020 will change future Christmases.  Even if it is six feet apart, one thing that has never changed about the 25th of December is being together.   That tradition transcends Christmas itself.