STUDENT EDITORIAL: Should Shelters Give Special Consideration to Black Cats? 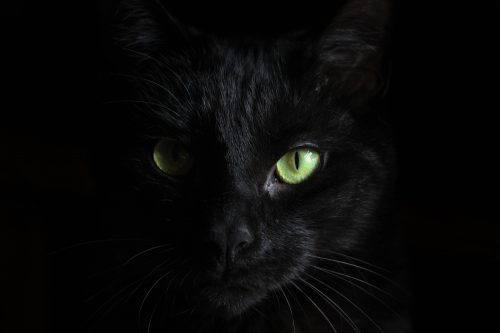 Many people are familiar with the association between black cats and Halloween, but what people do not know is that this association is actually harmful to the cats. Myths and rumors that people take black cats and use them for gholish rituals and other wicked purposes cause people to become afraid for their furry friends. Every year, shelters get swamped with messages begging them not to allow black cats to be adopted in October, when in reality, it is actually not that big of a deal.

Shelters that forbid the adoption of black cats during October learned that this was actually extremely harmful, the sheer amount of cats resulted in sickness and eventual euthanasia for most of them. The truth is, black cats are the least likely to be adopted out of all of their siblings, and keeping them in shelters for longer due to myths can actually be detrimental to them. Many shelters are starting to move away from these myths, thinking that if they stop talking about them, then people will forget about them.

Another fact that many shelters are pushing is that they do thorough background checks on potential adopters. All shelters make sure to weed out potential ill will, and many people will not go through the whole lengthy adoption process simply to use the cat as a costume accessory or for more nefarious purposes.

Furthermore, there are few if any court cases or statistics that link black cats to satanic rituals. Not saying that mistreatment towards black cats does not exist though, there are many incidents in which black cats are intentionally hit by cars, or wounded on purpose simply because they are considered “unlucky” or “evil.” One particular artist, Jenny-Jinya, highlighted this in one of her many comics on animal welfare, telling the story of a black kitten who was run over on purpose, and an old black cat who is ignored in a shelter.

So what can you do about this? Simple, raise awareness. Many do not know that black cats are the least likely to be adopted, or that they are susceptible to mistreatment. Getting the message out there may spur people to adopt a black cat, or save one from a bad situation. Or if you are able, adopt a black cat of your own. Black cats are just as friendly and loving as their more colorful siblings. If worried about telling your cat apart from others, simply get a custom collar or something that will set them apart. All in all, black cats need homes, and the myths that they are unlucky, or used in satanic rituals or as Halloween accessories, need to be forgotten.