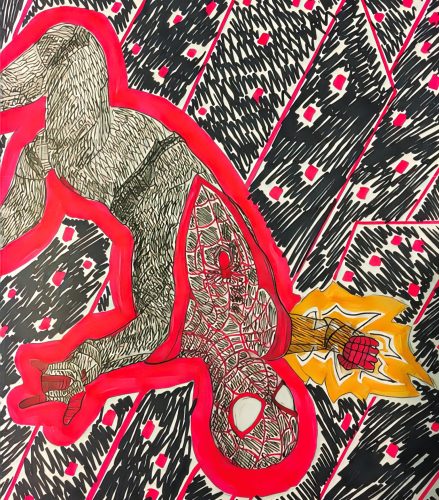 Spider-Man: Miles Morales is a T rated action-adventure game available to both the PS4 and the PS5. For $49.99 you get the standard game for both PS4 and PS5. However, the PS5 offers the main game along with Spider-Man Remastered, an updated version of the previous PS4 game, for $69.99.

The story takes place after the events of Spider-Man with Miles Morales learning to use his spider powers. Mentored by Peter Parker, Miles goes on a journey to take responsibility and protect New York City. You web swing around the city to fight enemies and solve puzzles along the way. The main story takes about 11 hours to complete while completing the full game with side missions takes about 15 hours.

Overall, the game is extremely good, with only a few nitpicks for its faults. While its talks place all over New York City, it really showcases that friendly neighborhood Spider-Man. Although there aren’t as many characters, it has a small cast of recurring characters in the story with one being a side character from the previous game.

The small cast creates a more intimate storyline for the game. Almost all characters have a close and direct connection to Miles. This produces more meaning for it and doesn’t feel like characters are there just for plot’s sake.

With a short playtime, the story is not too long. However, this prevents the story from becoming bloated and feeling stretched and dragged out. Instead, it gives a solid story for what it has.

The side-missions bring fun along with the main missions. Unlike its predecessor, the side-missions don’t feel like repetitive copies of each other. There are different tasks that aren’t just centered around beating up a group of bad guys. They also contain characters that also show up in the main storyline.

The game also shows a more vibrant personality for the main character. Added web swing animations add the touch to showcase a teenage Miles Morales having fun with it. The story works in pieces to also showcase things such as Miles’ hobbies. It helps ground the idea of a young Spider-Man goofing around and not being a strict superhero.

There are multiple amounts of venom attacks that are somewhat tricky to get a hang of. However, it gets easier as you progress in the game. With the new abilities, Insomniac changed how finishers are gained. Finishers are able to immediately defeat enemies after gaining a 15x combo, 30x combo, 45x combo, and so on.

There’s also Suit Mods Visor Mods to equip with other abilities to mix and match. This new array of abilities, along with a skill tree and customizable, equippable abilities, makes for more fun and better flowing combat. You land hit after hit with special moves at your dispense.

There are very few problems to find with the game. The game is short and about half the length of the previous game, but there is New Game Plus that lets you play a new game with everything you’ve unlocked.

To fit the shorter playtime, Insomniac reduced the number of tokens to unlock abilities, suits, and upgrades. In Spider-Man, there are 6 types of tokens to collect for unlocks, while the new game only has 2. This makes it much easier to fulfill unlocks, but it feels too easy to unlock items at times. It doesn’t take a lot a time to unlock all of them.

At certain times it’s difficult to see dodge times. The dodge mechanic will show a red symbol above your head, telling you when to perform a dodge. However, Miles has a mainly red and black color scheme along with certain types of enemies. Additionally, when you are stunned by those enemies, you are covered in a red texture.

There’s one other problem centered around the combat. Compared to other boss battles in the game, the final is quite lackluster. There aren’t many interesting stages to the final boss battle, and it’s rather repetitive of itself. The final boss battle felt boring and like it was dragging itself out.

Even with its faults, the game is well worth it. If you’re a fan of the previous games, the comics, or looking a new action-adventure, you’ll enjoy this one as well. The few nitpicks are vastly made up for by its pros. You could play this game without playing Spider-Man, but much of that game’s story will be spoiled. It makes for a good time and brings more excitement for the next game in the franchise.

Original artwork courtesy of the author.