Stream All About It: HAMILTON 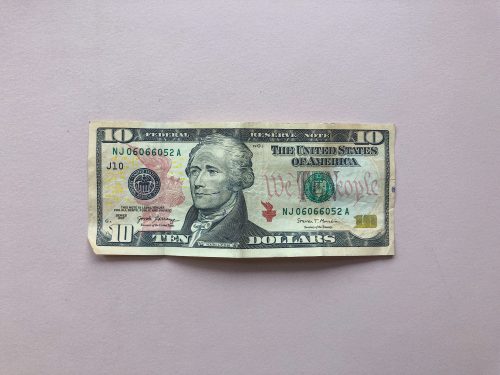 Note from Mrs. Moss:  Students in the Journalism & Communications class learned the basic elements of film analysis.  Students received a list of films they had never seen (hopefully!), and students could also request a film.  The resulting reviews capture the experience of watching something for the first time…for good or for bad!  We made sure to select films our entire Lancer Community can enjoy, so we hope some of these inspire some great long-weekend streaming experiences!

Hamilton took the world by storm after it’s Broadway debut in 2015, attracting A-list audience members–like Beyonce, the Obamas, and Julie Andrews.  This past July, the revolutionary musical was launched on Disney+, allowing the public to finally experience this masterpiece. As to what took me until a few weeks ago to finally watch Hamilton, the world may never know, but I am so happy I did!

While the thought of a hip-hop musical based off of the life of one of our founding fathers, Alexander Hamilton, may sound ludicrous to some, Hamilton proved to be nothing less than a work of genius. Within the first ten minutes, I was able to identify a common theme of hope and change that acted as a driving force behind the entire show with lines like: “In New York you can be a new man”, and “History has its eyes on you.” Given the current, rather isolating state of the world today, I felt–for the first time in a long time–optimistic of the future after watching Hamilton.

When a show is able to tap into a communal, promising spirit, assured to be recognized by each viewer, no matter their walk of life, one must give kudos to the mastermind behind such an experience: Lin-Manuel Miranda. At just forty-one years old, Miranda is an established creator with a plethora of awards including: Grammys, Tony Awards, and a Pulitzer Prize. Having worked on riveting pieces such as: In the Heights, Mary Poppins Returns, and Moana, it is no surprise that Miranda was able to author this cultural phenomenon with finesse.

Perhaps my favorite part of the show were the vivid characters that Miranda produced; taking , dare I say, mundane historical figures and showcasing them as fun, quirky people whose ambition catapulted from the screen to hearts everywhere. From the spoiled, crybaby persona of King George to the pioneering, “can do” attitude of George Washington, Miranda’s interpretations acted as somewhat of a live action political cartoon. One can also not ignore the representation, of race and gender, throughout Hamilton; some of the most profound scenes were the ones centered around these differences where characters like Lafayette declares: “Immigrants, we get the job done!” or the aspirations of Angelica Schuyler to compel powerful figures, like Thomas Jefferson, to include women in the sequel (to the Declaration of Independence that is).

Hamilton is a once in a generation piece of art that has the ability to connect people of contrasting backgrounds and varying beliefs. Based on the tenants of unity and hope, Hamilton speaks in a universal language heard by everyone whether they are: black or white, conservative or liberal, Muslim or Christian, woman or man. Perfectly seizing the essence of the great, unfinished symphony that is America, there is bound to be an aspect of this play in which each person is able to find parallels between this story and their own life; and at the end of the day, that is exactly what this type of composition is meant to do. If you have not yet, I encourage you to watch Hamilton, and if you have seen it; watch it again!