Stream All About It: THE PRINCESS BRIDE 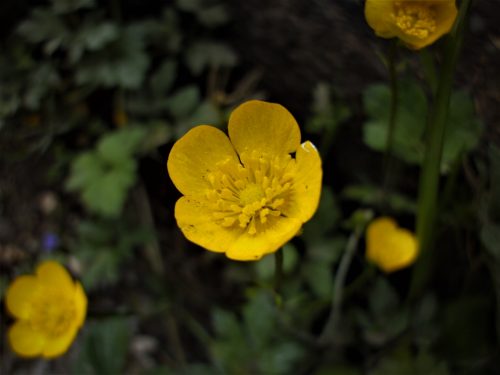 Note from Mrs. Moss:  Students in the Journalism & Communications class learned the basic elements of film analysis.  Students received a list of films they had never seen (hopefully!), and students could also request a film.  The resulting reviews capture the experience of watching something for the first time…for good or for bad!  We made sure to select films our entire Lancer Community can enjoy, so we hope some of these inspire some great long-weekend streaming experiences!

I have a list of movies to watch that is longer than the Amazon, ranging from award winners to the more underrated or silly. I’d been plowing through it by picking one movie to watch every night, but after over a month of doing this, I realized that perhaps it wasn’t the best way to truly appreciate film. Perhaps I needed to “cool it”, as they say. And so cool it I did.

The last movie I watched before breaking my month-long streak, a movie that had been sitting patiently on my list for quite some time and practically begging for a viewing, was The Princess Bride, a 1987 film that’s at once an adventure, a fantasy, and a comedy. Looking back, I am quite glad I picked this movie as the termination of my nightly movie viewing. A heartwarming tale of true love, revenge, and a giant with a penchant for rhyming, The Princess Bride is a film that everyone should take the time to see at least once in their life.

You might be thinking, This is all well and good, but I would like a summary before I decide to dedicate 98 minutes of my day to watching this movie.

A grandfather visits his sick grandson and offers to read him a story, to which the boy begrudgingly agrees, although he grows quite interested as the action progresses. This is the story.

In the fictional kingdom of Florin lives Buttercup, a beautiful young woman who has a farmhand named Westley working for her. Buttercup takes delight in ordering him around, but Westley doesn’t mind at all, dutifully completing all his tasks. As you might expect, they eventually fall in love. Unfortunately, Westley is poor, so he decides to travel overseas in the hopes of obtaining some wealth, but the notorious Dread Pirate Roberts attacks his ship, and he is believed to be dead.

Fast forward five years, and Buttercup is set to marry Prince Humperdinck, although she does not love him. Three outlaws—a giant, Fezzik; a Spaniard, Inigo Montoya, bent on avenging his father’s murder; and their Sicilian superior, Vizzini—kidnap her some days prior to the wedding, setting the stage for the events to come. Traveling to the Cliffs of Despair, the kidnappers and their kidnapee find themselves being followed by a man dressed all in black. He’s good with a sword, quick on his feet, and sharp of wit, which makes him quite the threat for all three outlaws.

Who is this mysterious man? Will Inigo ever find the man who killed his father and exact his revenge? Just how long can Fezzik keep a rhyme game going? These questions and more will be answered during the course of the movie.

Now you might be wondering at what age it is appropriate to begin your viewing, and I am happy to report that The Princess Bride, rated PG, is perfect for any school-aged child…as well as any older soul who appreciates good movies. You can tell from the fun fonts on its various posters that children are more than encouraged to watch it. Certainly, the brilliance of this film is that it is a joy for almost all ages. The younger ones can marvel at the story’s fairytale-like quality, and the older ones can appreciate the delightfully comical scenes and equally delightful performances. There is one curse word towards the very end of the film, but it is nothing too ghastly. In fact, for me, it was the icing on the cake for that particular scene.

With regard to the performances, what each actor did with their respective role made watching the movie all the more enjoyable. Line delivery is often crucial in comedies, and these actors certainly delivered. They gave it their all, whether it was subtle humor like Miracle Max’s or more in-your-face humor like Vizzini’s or just general vigor, because The Princess Bride is at heart an intersectional film, a cornucopia of fantasy and adventure and comedy elements. While there are no shortage of opportunities in the movie for silliness, there are times for seriousness, and I tip my hat to the cast for moving so seamlessly between the two. This can be observed during the fight scenes.

Bad actors and bad acting are painfully obvious. For infamously atrocious acting, look no further than Tommy Wiseau in The Room. And it hurts to realize how good a character could have been if not for the actor who just wasn’t made for the role. Fortunately, this cannot be said about any of the actors in The Princess Bride. Everyone did their role perfect justice. Wallace Shawn did not disappoint as the bossy Vizzini.

Indeed, no performance faltered in comparison to the others, but some stood out in positive ways. Mandy Patinkin is most recognizable today on the little screen, as the tough profiler Jason Gideon in Criminal Minds and CIA chief Saul Berenson in Homeland. He does, however, have a strong Broadway background, acting in such productions as Sunday in the Park with George and Evita. Although both of his aforementioned television roles came decades after this movie, I feel like his Inigo Montoya is an intriguing mixture of the undeterred nature of his government official characters and the captivating “stage” presence that a seasoned Broadway man can exude without so much as lifting a finger. Whenever he was on screen, my eyes were instinctively drawn to him, like flies to a bright light. And he positively glowed.

If it wasn’t obvious, I really liked his performance.

I also want to commend Billy Crystal and Carol Kane, because they were nothing short of magical in their few minutes on screen as the healer Miracle Max and his wife, respectively. They played the old bickering couple to perfection and were a treat to watch. (From them, I quite frankly wouldn’t expect anything less, as Crystal has a host of comedy movies under his belt, from family friendly flicks like Monsters, Inc. to more mature ones like When Harry Met Sally…, and Kane is a laugh fest as the crazy-haired neighbor Lillian in the television series The Unbreakable Kimmy Schmidt.) I would be interested in a spinoff about them and their antics, particularly if that absurdly large instrument that Max uses to pry open Westley’s mouth makes another appearance.

Enough gushing about the actors. Here are some additional things that “made” The Princess Bride for me, and if you watch the movie you might feel the same way. The powerful love story of Buttercup and Westley, how you know from the jump that Westley is in love with her based on the look in his eyes when he speaks to her. The choreography of the fight scenes (although to go into more detail about these would be to give away major plot points). The score, which alternates between soft and suspenseful to match the mood of the scene.  The sudden cuts when the boy interrupts the story to make a comment or ask a question, as the abruptness of it is incredibly realistic for anyone who has experienced “snapping out” of the experience of reading a book to pose a question or to make commentary. The way Buttercup is not written as a typical damsel in distress, which the feminist in me appreciates.

Being a woman, I look for complex female characters who are self-sufficient and who don’t see it as the end of the world when they don’t have a partner. Yes, I must admit that more could’ve been done to develop Buttercup beyond her love for Westley, but I’m not going to knock the screenwriters for this, because their love story was the focal point of the movie. I enjoyed so much in those 98 minutes that I’ll cut them some slack.

I now want to point out something that was pointed out to me, not so much a criticism as an observation. Some of the hair in the film is very “of a time”, distinctly 80s. Inigo and Prince Humperdinck look like they’ve time traveled from the late twentieth century, slapped on some medieval fantasy garb, and carried on like they’ve always lived in this time period. Though this doesn’t take away from the film’s quality, it’s something to keep in mind as you watch. Otherwise, the costumes feel right for a fantasy set roughly in medieval times. Prince Humperdinck is dressed exactly like how I would envision a prince to dress, and Princess Buttercup is the spitting image of a princess in her raiment.

The Princess Bride is available on Disney+ for streaming. If you have not yet given into the hype and bought a subscription to the streaming service, please do so, if only to watch this movie. Your heart will thank you.