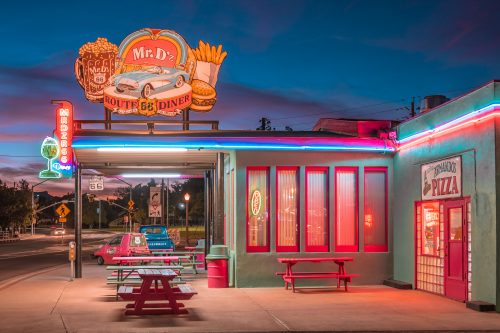 No one knows this about me, but I have an active imagination. When I was younger, I put this to good use by writing and illustrating stories. I wrote everything from monsters underneath your bed to dogs trained in eating your homework to girls taking the lead in asking their male classmates to the homecoming dance. After being met with merciless laughter the first few times I showed my illustrated stories to my family, I decided to not do it again. I continued to write and draw, but from then on I was convinced that there would never be anything I excelled at. I thought I was destined for mediocrity.

But those days were long, long gone. Now, I used my imagination to figure out how best to land myself in detention. I’d stolen the baseball team’s first-place trophy, I’d used ketchup from the cafeteria to draw stick figures on the bathroom stall doors, and I’d covered the side of the school in graffiti. That last one took me a week of detentions to get off, but the look of sheer wrath on Mr. Bertram’s face was just too funny to consider it real punishment. Sure, I could be doing much more productive things with my time. I could be dreaming of where I wanted to go to college or how I wanted to make a living. But with being Harrison High’s designated miscreant, I finally felt like I was adequate at something. I was good at being bad. And everyone knew it.

Amita Rana was very much acquainted with my prowess. As the school’s do-gooder, she was pretty much supposed to hate me for what I was, what I stood for. She was supposed to be a prime example of what students should aspire to embody. Although she succeeded with flying colors in that second respect, she faltered in that first one. She didn’t hate me. She went to choir practice, I went to detention, and neither of us deviated, least of all her. That’s just how it worked. Truthfully, I would sooner label her feeling towards me as apathy.

I liked that about her. To everyone else besides my friends, I was a bad influence. I was nothing but a troublemaker. But she didn’t bother with any of those descriptions. In her eyes, I just was. She had things to say about what I did. Quite a bit, actually. As to who I was as a person, though, she didn’t seem to have an opinion about me, good or bad. And I was okay with that.

Sometimes, though, I wondered. What if she saw me? What if we were put in a setting where our respective titles didn’t matter and our characters were on the table for everyone to see? We lived right across the street from one other, but ours wasn’t the type of street where everyone knew everyone’s business, and we didn’t see each other apart from the occasional nod of recognition when we were both outside. Obviously she wasn’t forced to like me, but I had the feeling that she wouldn’t mind me if she knew me outside of my antics. I didn’t do what I did out of a disregard for the rules, after all. I just did it because it got me the attention that I craved. Every time Mr. Bertram or some teacher scolded me, I felt noticed. My “genius” was being appreciated. And everyone, including my friends, thought I was a rule breaker because I liked it, when the truth of the matter was that the first time I’d crossed the line, I’d realized I’d found something I didn’t suck at.

I held a lot of respect for Amita. She was going to be valedictorian. Everyone knew it. And she had the advantage of being good at, well, carrying out good deeds. She’d just won an award for having the most community service hours out of everyone in our grade. Plus, the fact that she was such a decent person wasn’t exactly a secret. You felt drawn to her just by being in her presence, and I was no exception. Maybe once she’d uncovered my secret, that I wasn’t depraved like my actions might suggest, she could learn to at least like me.

I decided to test this theory on the way home from my latest detention. She was on her way home too, but instead of choir practice, tonight it was English tutoring. I’d seen her go into Miss Graves’s room before I had to report to detention in the usual place—the library. I was driving, and she was walking. From what I’d heard, she didn’t even have her permit.

I took my foot off the gas pedal, slowing down enough to let myself catch up to her without overtaking her on the road, and rolled the driver’s side window down.

Evidently not noticing me, she’d gotten a foot or so beyond my car, but at the sound of my voice she turned around and approached my window…not slowly like she was resigning herself to do this, and not quickly like she was bouncing off the walls to do this either. I hadn’t expected anything different. Her eyes widened slightly when I posed the question—would she be interested in going out to dinner with me tomorrow night at Freddie’s Fried Chicken? Every other restaurant around here was either a fast food chain or a haunt for seedy townspeople, so that was the best I could think of. Besides, it didn’t exactly sound like an ideal date spot, but my parents had had their first date there, and they were one of the happiest couples I’d ever known. So it was in my bloodline to have a good experience at Freddie’s.

After a few moments of evidently processing the question, she nodded and pushed out a small smile. I told her I’d pick her up at six, we wished each other a good day, and that was that. Not very hard at all. I drove off feeling accomplished. I’d liken it to checking off a task on my to-do list, but Amita was more than that. At school, word was bound to get around about this, because Harrison High thrived on gossip. I would deal with that when the time came.

When the time did come, I received laughs from my friends, to which I responded by promptly ending our friendship, and looks of disdain from her friends, to which I didn’t respond at all. But this was only the beginning of what the date would bring out in people. Not even my wild imagination could’ve prepared me for how I would feel when we got to the restaurant. No longer was I in the comfort of my own car. I was right in the thick of it, my nerves were shot, and all I could focus on were the sights, sounds, smells, tastes, and textures that enveloped our little booth.

This entry was posted in Entertainment, Series. Bookmark the permalink.
top