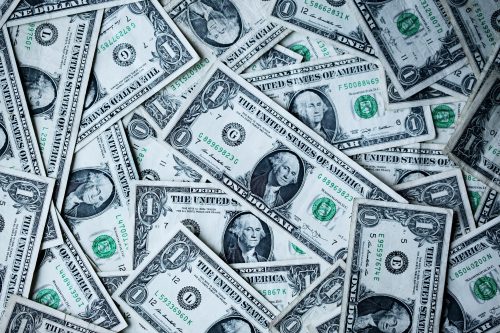 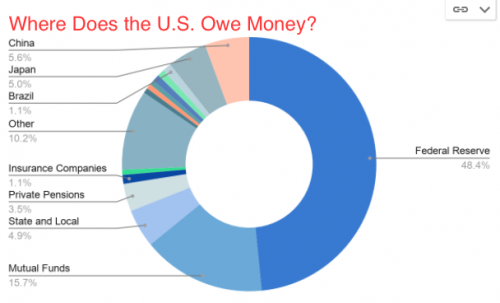 How Bad is it to Have Debt?

There are two types of debt, good debt, and bad debt.  The way to discern between the two is to see how the borrowed money has been spent.  Good debt will get you more money in the long run, whereas bad debt will lose you money in the long run.  Most of the time when looking at debt, or investments in general, you look at the ROI, or return on investment.  In the most basic terms that is just a comparison of the money you put in, to the money you get out.  ROIs above 1 are good, and ROIs below 1 are bad. Below is a list of things that would have a return on investment for the Government. (These are some almost guaranteed good investment, but the list is not limited to these):

Who is Giving the Government Money?

The majority of people who loan money to the United States Government are US citizens.  That money comes from investment firms, banks, bonds, and from the American taxpayer.  These people are investing in the United States Government to pay back their investment with interest.  When the government does something good with their loans that pays for itself either directly or by boosting the economy, they are able to pay back the loans.  In this context, debt can be good, although more isn’t always better.

How Bad is the Debt Problem?

Debt shows that the government is working, but too much debt, or rapidly inflating amounts of debt, is a bad sign.  This means that the government is either spending money inefficiently,  insufficiently taxing to do basic operations,  or the economy is not doing well and people don’t owe much in taxes because they aren’t earning a lot of money.  A ballooning debt is almost always a bad sign for the government and the economy.  The line between debt growing too fast and at a safe rate is blurry and far too complex to be discussed here.

How Do We Pay Back the Debt Faster?

The only way to pay back the debt at a faster rate is to get more money into the government.  There are two main ways of doing this.  The first way is the simplest, raise taxes on the population or on some portion of the population.  The other is more complex and harder to control, stimulate the economy so that people are making more and pay more in taxes without needing to increase the tax rate.  The government nearly always chooses the first option.  The core of the problem is that the US government doesn’t have enough money to do the things we want it to do. Some people want it to do more, some people want it to do less.  That is a conversation for another time.  However, if we want to pay back our debt,  then we need to make some serious changes, and then, it might not even be possible.  If we can’t pay back the debt, we default on our loans,  and the economy goes into disarray very quickly.  This is why it is important to stay informed about this topic.

This entry was posted in Finance, News. Bookmark the permalink.
top