Which Broly is Best? 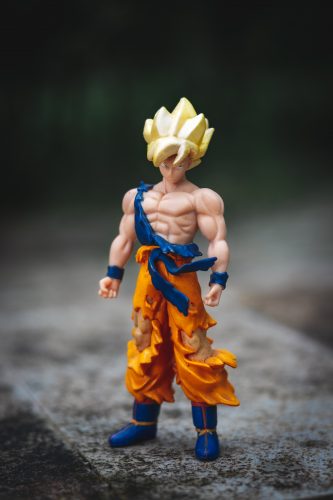 On March 6, 1993, Broly the Legendary Super Saiyan came smashing onto television screens with Pantera’s -10s blasting in the background. In the fantastical world of Dragonball Z where characters use energy and super strength to fight, all the villains had solid motives, Freiza wanted to prove his superiority above all and become immortal, Dr. Gero wanted revenge on Goku for destroying the Red Ribbon Army, and Cell wanted to show his perfect form to the entire world. Not Broly though, this non-canon movie-only character was simply pure evil, there were no long monologues, no sob stories as to why he was the way he was, he wanted destruction for the sake of it and, fans were blown away as Broly mercilessly beat their favorite characters.

Fans were shocked at the sheer brutality of Broly, they had never seen a villain that behaved the way he did. The animation and fight scene cinematography in this movie was extremely well-executed, with extra detail and effects on Broly’s transformation and outbursts for a dramatic effect that impressed those paying attention to it. As for the soundtrack, the inclusion of heavy metal bands such as Pantera, Haji’s Kitchen, and Gravity Pool made the spectacular beatdowns and hopeless feeling of the heroes that much more brutal and heavy.

Broly’s “less talk, more action” style and amazing design made him immediately one of the most popular characters in the entire franchise. Though there was a dilemma, Broly’s story was one-dimensional, horribly executed, and simply put, stupid. One of the biggest points of the movie was that Broly hated Goku to the point of transforming into the Legendary Super Saiyan and succumbing to madness. But why did he hate Goku? He hated him because they were placed next to each other in the nursery as infants and Goku never stopped crying.

That’s it. The motive behind the entire movie was just that Goku cried too much.

The storyline was hollow, and it demeaned Broly’s character. Even amid the controversy with his backstory, Toei Animation (the company that animated DBZ) pumped out two more Broly movies with the hope of cashing in on his popularity. Broly: Second Coming(1994) and BioBroly(1994) were even worse, with confusing and hollow plots just like the original.

It would not be until 2018, that Toei, along with Dragonballs creator Akira Toriyama (who had no part in any of Broly’s story before), decided to revamp Broly’s backstory, design, and place within the Dragonball universe. Fans were skeptical about this, many thought that it was just an attempt to bank on Broly again after twenty-four years. Toei and Toriyama both quelled these fears the best they could by saying that this would be nothing like the original, and on December 18, 2018, fans were blown away. Broly had a brand new look and a backstory that not only made complete sense but made the viewer sympathize with him. Broly was depicted as a kind-hearted and naive Saiyan who fell into the insanity of the Legendary Super Saiyan after his fathers’ death.

This new movie had great storytelling, it managed to make all of the new characters just as memorable and lovable as the old ones, and it used throwbacks and nostalgia excellently. Its unique soundtrack was also a hot topic. In 2016, when the last episodes of Dragonball Super’s “Tournament of Power” arc were airing, many Latin countries played the episodes on large screens with hundreds of people gathering to watch. During this, fans chanted the characters’ names, and this event moved and inspired the composer of Broly’s movie to include chanting of the characters’ names in the soundtrack. The final addition to this new hit was the amazing action with the latest and smoothest animation to date. The movie even utilized CGI in a spectacular fashion during the portion of the movie where the characters “break reality.”

As fans walked out of the theater, they faced a new dilemma: was this new version better than the original? Fans loved Broly’s original design as well as his brutal but hollow personality, but then they also loved the new Broly’s story and his well-developed character. In the three years since the release of the new movie, the Dragonball fandom has been unable to agree on which Broly is the best, and have since left it to the preference of the individual.