COVID Vaccines: How Do They Work? 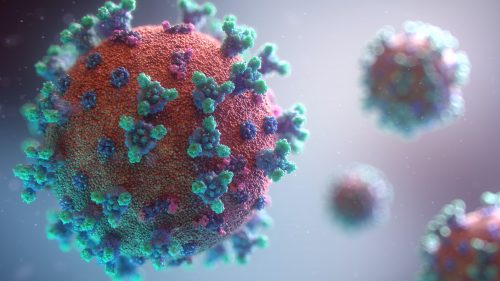 There is a lot of misinformation out there about the vaccinations available for SARS-CoV2.  The masses are being questioned for their safety and their effectiveness.  The core of the issue is the lack of true, easy-to-understand scientific information, and that is what I hope to provide here.

SARS-CoV2 is a type of Coronavirus,  which is simply the name of a group of common pathogens found in humans and other animals.  The name “Corona” Virus comes from how the virus looks.  One scientist who helped discover the structure of the virus compared the spikes on the outside of the virus to the corona around the sun when there is a total solar eclipse. The name for the sun’s corona comes from the Latin word corona, which means crown.

I’ve had a cold and I was okay, what makes SARS-CoV2 so bad?  SARS-CoV2 is much more vicious and contagious than most coronaviruses.  This means that it causes more damage to more people.  COVID19 is dangerous because its symptoms aren’t fully understood, and it is very contagious. Some people are more vulnerable than others and it is important that we protect our loved ones who could be vulnerable to COVID19.  People who are more vulnerable to COVID19 are those with the following health issues:

That long list of issues that makes you more vulnerable to becoming very ill or hospitalized due to COVID may make it seem like everyone is vulnerable, so why aren’t more people in the hospital?  That is because usually an extreme case of one of these, or multiple of these, are truly needed to be hospitalized.  This list is not complete,  and people without these symptoms have also been found hospitalized.  I guarantee that almost everyone knows someone with one or more of these vulnerabilities,  and we need to help protect them.

How do vaccines stop pathogens?  Vaccines work by telling your immune system that something, when seen in your bloodstream, should be removed because it is dangerous.  Vaccines are basically study guides for your immune system so your immune system isn’t blindsided by the test.  In the past, we have used weakened or dead forms of the virus we want the body to know about, and this has been extremely effective in combating Polio, Measles,  Tetanus, Hepatitis B and A, and Whooping Cough.  The problem with these vaccines is that they have to be made with the virus, which means they take a long time to produce.

When making a traditional vaccine,  most of the development time isn’t spent testing the vaccine,  but getting enough of the virus available to be included in the vaccine.  It is very difficult to get viruses to reproduce outside the human body on an industrial scale.  This means it can take years to get enough viral material to disperse a vaccine to the masses.  With enough resources this process can be accelerated. It is not a matter of scientific knowledge as much as it is money and man-hours.  This is how the Johnson & Johnson, a traditional vaccine, was made available so quickly. 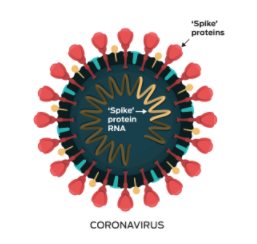 How do the Pfizer and Moderna vaccines get the body to produce spike proteins?  The vaccine contains little bubbles, which contain a small snippet of instructions,  mRNA, that can tell the cell to make the protein.

When the vaccine is injected, the bubbles, known scientifically as phospholipid nanoparticles, enter the bloodstream.  Then, they find a cell and enter it.  The bubble then releases the mRNA into the cell.

The mRNA does not enter the nucleus where the DNA is, and does not modify your DNA in any way.  To know how these floating instructions can make your cells make the spike proteins, you need to know how our bodies make our own proteins.

When your cell needs to make a protein,  it sends a signal to the nucleus which then copies a small part of your DNA that contains the instructions of how to make that specific protein.

That DNA is then copied into mRNA which is then shot out of the nucleus into the empty space of the cell.  The mRNA then floats around in the cell until it bumps into a special machine that turns our mRNA into proteins called a ribosome.

That is where we turn back to our vaccine mRNA.  The mRNA contained in the shot is in the cell floating around just like the mRNA our own bodies made.  Our cells cannot tell the difference between our own mRNA and the vaccine’s mRNA.  So our cells simply turn that mRNA into a protein the same way it turns our own body’s mRNA into a protein.

This process is complex and takes time, which is why it takes two weeks after your shot to be fully prepared.  This process also is a slowed-down version of what happens when you are actually responding to a pathogen, which is why for a few days when your body is dealing with the spike proteins, memorizing and getting rid of them because they are foreign to you, you may experience cold-like symptoms.

Getting the vaccine is safe, and although it sounds complex, it is far simpler and quicker to produce than original vaccines because all you need to do is create a snippet of RNA to make the protein.  Scientists have machines that can copy RNA very fast.

These machines could be thought of as vaccine printers because you just need to tell a computer what vaccine you want and it is produced in days.  This technology has been under research for a long time and has just come into use.  That is how the vaccine was produced so fast.

The funding received in the heat of the pandemic was enough to push the research over the finish line and enter widespread usage.  This technology has been tested for many years and is known to be safe.

To protect our families, friends, and especially the vulnerable, get the vaccine.  You know the science now.  Don’t fall into pits of misinformation.  Help get us out of this pandemic and back to normal life. The choice is yours.

This entry was posted in Advice, News. Bookmark the permalink.
top