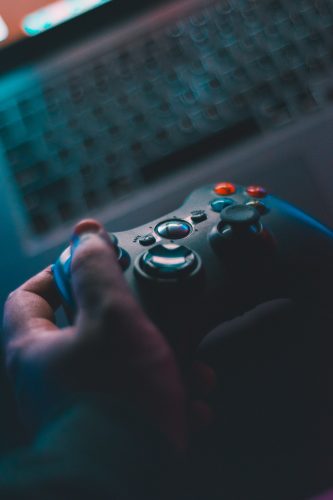 Originally coming out in 2012, Dishonored has a 91 from Meta Critic and a 9.2 from IGN. Instead of a normal gaming review, I want to see how the game has stood up to time.

Dishonored is a first-person action-adventure stealth game developed by Arkane Studios and is rated M for Mature. The game takes about 13 hours to complete without fully exploring and takes up to 28 when fully exploring. It’s available on PC, PlayStation, and Xbox. The game only costs $9.99 or $19.99 with DLC on Steam.

You play Corvo Attano, an assassin with magical powers and who is on a journey for revenge. At each level in the game, you’re tasked with eliminating your assigned target. However, there are many ways to finish the level, including nonlethal ways. Depending on how you play, you can get different game endings.

I didn’t play the game when it was originally released because I was only a small seven-year-old in 2012. However, I found and started playing the game back in 2020. Because I’ve grown used to more graphically advanced and Triple-A games, I haven’t played many old games. Although, I was thoroughly surprised with how well the game has aged.

One of my favorite aspects of the game is the art style. Unlike most games these days, Dishonored has a more stylized art style over a realistic one. Although it isn’t as graphically advanced, the less realistic art style helps distracted the player from that. Additionally, the stylization doesn’t give the uncanny valley effect, a feeling that you know somethings supposed to be human, but something is off, with their character models. 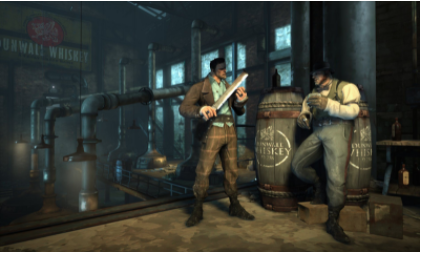 The art style has a very similar feeling to an oil painting. There are also collectible paintings in the game that are clearly oil paintings, which adds to this feeling. Looking at the skyline and landscaping of areas shows how good the game still looks through the years. 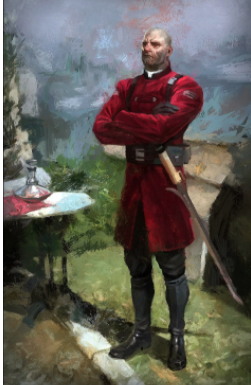 The choice of art style makes the games still incredibly appealing to look at. Besides looking pretty, it plays well with the dark and gloomy atmosphere of the game. You could hang up screenshots from the game and have people not even know it’s from an almost 10-year-old game. 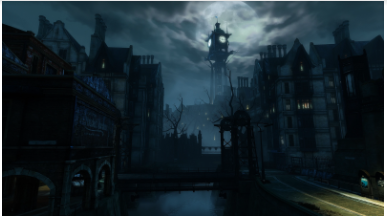 However, not everything has aged like wine. One problem of the game, in general, is the portrayal of women. Although the game is heavily based in the Victorian era, it doesn’t stop some aspects from being unappealing. Most women are portrayed as maids or other similar roles. It gets worse in level three, but I can explain it. However, you would easily understand once you see or play the level yourself.

It’s a pretty bad aspect of the game, but the developers later realized their mistake. In the sequel, Dishonored 2, women are portrayed in a much better light and take up roles such as city guards and chief alchemist. One of the playable main characters is even a woman.

There is still much more of the game, I haven’t covered. Although it has its problems, I would heavily recommend this game. The game’s multiple endings and the many different play styles you can use, make this a great game to visit back to even after some years. I’ve already played through the game three times, but I keep coming back for more.