Here’s to You, Mrs. Moss 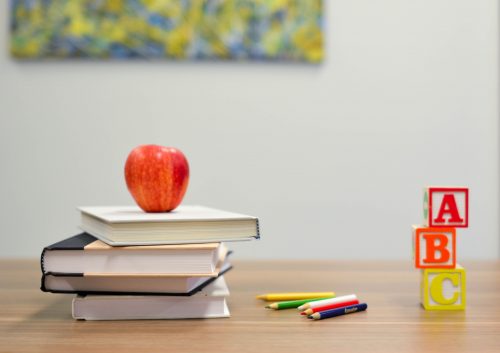 At some point, everyone meets a teacher who changes their life. For me, that was Mrs. Moss. Throughout my years here at Neshannock, Mrs. Moss has become so much more than just an English teacher to me–she’s become a mentor, confidante, and friend. Just like me, Mrs. Moss has encountered educators who have touched her heart; including her mom, Dr. Connie Moss. But, teaching was not always the career she had envisioned for herself. Mrs. Moss confessed that for a long time she attempted to blanket her aspirations of education with other careers, but constantly found herself daydreaming about a classroom she could call her own. Soon after this epiphany, Mrs. Moss signed up for her second Master’s degree in education, and well–the rest is history.

Aside from her mother–who Mrs. Moss religiously mentions in ALL of our conversations–college professor Dr. A.C Labriola has had the most profound impact on her. Meeting him for the first time as an undergraduate at Duquesne University, Mrs. Moss accredits him for opening her eyes to the beauty of being an educator, saying: “Dr. A.C Labriola taught me a lesson about education that sticks with me to this day: teachers should always show students WHY they are so special.” As one of her pupils, I am thankful that this is a lesson Mrs. Moss has learned and perfected because whether we are having an hour-long Google Meet, or are simply exchanging emails, Mrs. Moss never fails to make me feel important. Just as the belief Dr. A.C Labriola placed in Mrs. Moss made her feel unstoppable and limitless, that faith she has put in me has done the same.

This past November I was embarking on my scholarship application journey–that is taxing, to say the least–when I reached out to Mrs. Moss for guidance assuming she would simply offer to proofread my essays and provide advice from a teacher’s perspective. Little did I know that Mrs. Moss would arrange entire folders full of scholarship applications, meet with me every Tuesday until the end of the school year (even while on medical leave), and consult with her mother just to help make college more affordable for me. Throughout this entire process, Mrs. Moss supported me through tears, losses, writer’s block, and eventually triumph. With the aid of Mrs. Moss, I was awarded a full-tuition scholarship to her alma mater, Duquesne University. The one thing about this victory that has stuck out most to me is that no matter how many times I have thanked Mrs. Moss (which is a lot), she just humbly smiles, and says: “I know you will do that same for someone else one day.” It is not a surprise to me that Mrs. Moss is the product of selfless, dedicated leaders, like her mom and Dr. A.C Labriola, because she has not once hesitated to lend her time, talents, or an ear to her students. Mrs. Moss strives to make them feel special and seen, it is educators like her who create strong, good-willed members of society.

In her classroom, Mrs. Moss creates an optimistic environment where she hopes students can learn to embrace challenges and even grow from them. After a major cardiac episode that occurred in Mrs. Moss’s 20s, she learned the importance of adversity, and that is rarely an obstacle, rather an opportunity. Utilizing this traumatic experience to become a proactive person, Mrs. Moss was able to turn around her health and continue living her dream, and wants to show her students how they too can make the most out of the hand they are dealt. Mrs. Moss states: “I believe you must use your challenge–whatever it is–to be compassionate to others.”

The teacher-student relationship is somewhat like the domino effect. People like Dr. Labriola and Dr. Moss have taken care of and guided Mrs. Moss, which has in turn allowed Mrs. Moss to fill that position for students of her own–including me. The impact of a teacher on a student can be extraordinary, one lesson can possess the ability to change a student’s life. Throughout my four years at Neshannock, Mrs. Moss has influenced me in countless ways, opening up not only her classroom to me but also her heart. Just as she proudly carries on the legacy of the educators who have shaped her, I will proudly build upon that foundation she has built for me, looking forward to passing on the torch to someone else one day.

This entry was posted in Opinion. Bookmark the permalink.
top