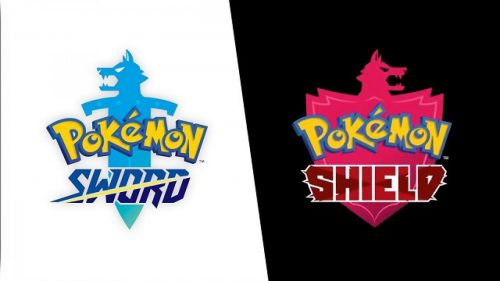 Pokemon Sword and Shield released on Friday, November 15, 2019. Leading up to release, there was a lot of controversy surrounding the games. Almost since the games were revealed, fans began pointing out problems seen in the games, and there are a lot of them. These games were fun to play through, but overall not amazing.

This game takes place in the Galar region.  The Galar region is based on a topsy-turvy version of England, with Scotland is at the bottom.  The music adds to this, including bagpipes and other English instruments. All of the music is very good, as always.

The Pokemon formula is still there. There are a few things that attempt to change the formula. One of these is seen in the gyms, and now instead of just battling a gym leader, there are now some minigames in them before challenging the gym leaders.

The Wild Area is one of the best things the franchise has ever seen, and will hopefully be included in future games.  The Wild Area is a large area in the middle of the Galar region that is an open-world area with a dozen or so different locations. There is dynamic weather and a controllable camera. Different species of Pokemon spawn depending on the weather. The general diversity of species in the game felt really good. Each time I went to the Wild Area felt like I was finding something new.

Another fun feature in the Wild Area is the Max Raid Battles. In these, you are paired with 3 other players or computers and you fight a Dynamax or Gigantimax Pokemon with a ton of health. These battles give items when completed.

The Gym Challenge adds to the atmosphere of the Galar region. It really does feel like a sport in the region. The gym battles take place in a stadium with a crowd watching them. At the beginning of the game, Hop, your friend/rival says that he is recording Leon’s match. Leon is the champion, and also Hop’s brother. So these matches are also on TV, which makes it seem even more like a sporting event.

The human characters have high-quality animations. The gym leaders each have actual personalities and the animations reinforce these. For example, one of them has an animation where the phone, which is possessed by a Rotom (one species of Pokemon that can go into home appliances such as an oven). This animation has the Rotom phone flying around the gym leader taking selfies of him as he tosses out his Pokemon. This is a really good animation.

There were a lot of quality of life changes, meaning the gameplay feels smooth. Pokemon boxes are now accessible from almost everywhere, there is a move relearner and deleter in every Pokemon Center, and that same NPC can rename Pokemon if you want to. Pokemon are easier than ever to level up, and you can max out their stats even easier.

That’s about where the good ends, and the lengthy bad section begins.

First, the story was short, unexciting, and boring. The entire time, you pretty much just watch other characters do things to progress the story. You, the main character do nothing aside from catching a big monster. One of the characters, the Chairman of the Pokemon League, was particularly annoying. It is painfully obvious that this guy is evil. And sure enough, later on in the game it is revealed that he summoned the big monster mentioned above and it could destroy the region. Big surprise. I was uninterested with the story, and just did not care after I realized I would end up doing nothing.

Multiple times in the story, there was something that happened, but instead of you being able to investigate it, other characters come in to save the day. Leon, the champion, and Sonia (she’s impossible for me to explain, because the designers never really develop her as an actual character)  did everything. All of the story happened off-screen, and was handled by others until the very end.

The biggest flaw, however, has got to be the removal of the National Dex/Pokedex, an essential feature in Pokemon games.  The National Dex allows every species of Pokemon ever made to be transferred into new games.  The games have introduced hundreds upon hundreds of the little creatures, and Pokemon fans will be able to name their favorites.  Anyone who plays games have their preferences–you might have your favorite MarioKarter, or you might have your preferred way to start a fresh game of Minecraft.  When GameFreak revealed that this feature was going to be removed, it meant that they were erasing a feature of the game that’s pretty standard.  It would be like making a new Mario game, but telling players that you’d be able to play, but with Mario’s cousin, Marco (a new character you know nothing about) and maybe Toad (a character you already know). When the Pokemon were removed, it is as if they never existed.  You simply cannot find them in the game, because they were never added to the program.  Gaming fans have called this decision “Dexit” (a play on Brexit).  And it’s been treated as was one of the worst things GameFreak could have revealed at E3 2019 (the biggest annual event for the video game industry).

At first, fans were optimistic, thinking that only less popular species would be cut from the game. When the games released, they realized that nearly 500 species were cut. As of the release of Sword and Shield, there are 890 total Pokemon. Only 400 are available in Sword and Shield. There are 81 new species, and 319 returning species. 319 out of 809 old species are available. This means that 61% of all old species were removed from the game. This caused an outrage.

What’s more, with the still-playable Pokemon (old and new) 100 battle moves were removed. They never said they were going to do this before the release of the game. At least with Dexit, they told players about it. Important moves for the game such as Hidden Power and Return were removed. The removal of Hidden Power ensures that Unown, the symbol Pokemon will never return because the only move it can have is Hidden Power.

GameFreak said that they were cutting Pokemon in order to improve the quality of the graphics in the game and the animations for existing species of Pokemon. In an interview with Japanese magazine Famitsu, Shigeru Ohmori, the director of Sword and Shield told the magazine that all the models had to be redone for the new games, meaning they could not bring every Pokemon forward into Sword and Shield before the release. It was proved recently that this was not true, and the models are the exact same ones they have been using for six years.

Some graphical problems include extremely poor pop-in distance, trainers disappearing mid-battle, Pokemon not being to scale, the general appearance of the Wild Area, one example seen here with the trees. Fans have compared the trees in the Wild Area to the trees in The Legend of Zelda: Ocarina of Time, a 21 year old game.

Animation issues are seen almost everywhere in the game. While some animations look amazing and really well made, others look very dated. One of the worst offenders is this clip, where the model is just turned with a walk cycle. Another clip shows a model of Scorbunny, one of the new Pokemon performing the move Double Kick. In the clip, the model is just moved upward. They could have had the Pokemon run forward and physically kick the opposing Pokemon, but instead the least amount of effort was put in, and the animation is of low quality and looks awful. Pokemon Battle Revolution, a game released for the Nintendo Wii in 2006, 13 years ago, does better. More animations from this 13 year old game can be found in this large playlist. Almost all of them are better than what is found in Sword and Shield.

Some other issues I had with the game was the controllable camera only being in the Wild Area, the poor location design, the removal of over 100 moves, and the removal of past features such as Mega Evolution and Z-Moves.

The routes are extremely linear, aside from the occasional ladder. And the ladders feel really strange because they completely pause time while the character is on them. One of the good quality of life changes is that the escape rope, which takes you back to the entrance of a cave. I never needed to use the escape rope. The caves and forests are so straight-forward. In past Pokemon games there were caves with puzzles, or areas that were almost like a maze. Dungeons like these are completely absent from Sword and Shield.

The towns and cities are empty, and small. One of the towns looks large from the outside, but is really just a street. In this city you can’t enter any buildings. It is just a gym and a Pokemon Center. Another town has two houses and a gym. The final city looks massive but is really just two streets with no houses you can enter. Again in this city, there is just a Pokemon Center, a gym, and one other building. The routes, cities, and towns outside of the Wild Area are small and disappointing.

Mega Evolution was introduced in 2013 with Pokemon X and Y. Mega Evolution changed appearance, abilities, typing, and stats. Z-Moves were introduced in 2016 with Pokemon Sun and Moon. Z-Moves were powerful moves only usable once per battle. These features were removed and replaced with Dynamax and Gigantimax. Dynamax increases the size of a Pokemon and gives it more health. Gigantimax changes size, appearance, and health, but is only available on certain species. Gigantimax and Dynamax are only available in certain areas unlike Mega Evolutions or Z-Moves, which could be used anywhere. Dynamax and Gigantimax are a poor replacement for those other two features that were removed.

Is this level of low quality acceptable in a game releasing in the current day? This game was released on the same console games such as The Legend of Zelda: Breath of the Wild and Super Mario Odyssey, yet it looks so much worse than both of these. Sure, certain parts of Pokemon Sword and Shield look good, but not all of it. Other games on the Switch such as the two listed above look good pretty much no matter where you are in the game.

GameFreak straight up lied about why they were removing content. Their reasoning was making the game look better, and that is very obviously not true. If you take one look at the game and compare it to other Switch titles you can see that. Fans aren’t angry about removing Pokemon anymore. They’re mad because the developers of these games lied to their faces, and haven’t said anything about it.

GameFreak easily could have made the best Pokemon game ever released, yet it seems they cut corners almost everywhere. The game overall feels rushed and unfinished. The gameplay is fun, but the bad graphics and animations got distracting. I enjoyed my time with the game, but there are so many issues. It just felt like a good 3DS game.

This entry was posted in Entertainment, Magazine, Opinion and tagged gamereview, reviews. Bookmark the permalink.
top