The Ups and Downs of Social Media: A Personal Story 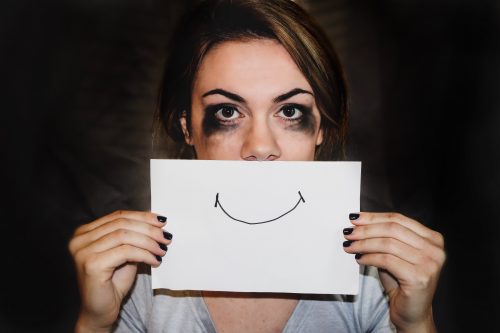 I didn’t use social media much when I was younger.

I spent most of my time watching “Spongebob Squarepants” (or “iCarly”, depending on what was on at the time) and playing with my dog and my sister. I had no idea what the big fuss was about the different platforms, like Instagram or Snapchat. It just seemed dull. Maybe that was because I didn´t know how to use Snapchat. The different screens both confused and frustrated me. Whatever the reason, for about nine years of my life I was blissfully unaware of everything that came with using social media. The likes, or lack thereof, the views, what was a selfie or even what photoshop was.

But that was then, and this is now.

Now most of my free time is devoted to finding out what’s going on in other people’s lives, and updating people on what’s going on in my life. I post things on my Snapchat story or my Instagram story letting people know what I’m doing—if I’m at a Pirate’s game, or if I’m listening to a really good song. I would say that the app I use most often is Snapchat. TikTok comes in at a close second, but I don’t post on there. I just watch other people’s content and laugh if it’s good. It usually is.

Social media is really convenient in that you can find out what your friends are doing, as well as your favorite celebrities or whoever you follow. You’re always in the know. This goes for news as well. What’s happening in the World Series? Google it, or check Twitter, because it’s probably on there anyway. Music is central to my life, so if I want to find out if an artist I like has come out with a new album or song I go on social media. There is so much information available on so many platforms that we probably don’t appreciate it as much as we should.

On a more personal note, social media has given me the opportunity to talk to a wide variety of people close to my age without my social awkwardness getting in the way, and that is a definite plus.

Honestly,  I’m just not good at talking to people outside of text messages. Anyone who knows me in person can attest to this. I stumble over my words. I falter and can’t quite think of something meaningful to say. I overthink just about everything. To avoid this I just don’t talk. It’s easier that way, and it saves me the embarrassment of trying to hold a conversation with someone. But this is not to say that I don’t want to talk. I do. I really do. It’s just extremely hard for me to a) have the confidence to approach someone and exchange words with him or her and b) manage to say five words in a normal, non-awkward manner.

I have social anxiety. Social anxiety rears its ugly head in everything revolving around my social life…or my semblance of a social life, that is. I feel like my every move is closely watched and judged. I’m scared out of my mind to talk to people because I know I can’t string together a coherent sentence. I sometimes dread hanging out with my friends because I know I have no social skills and I’ll do something to embarrass myself. I don’t speak my mind because I’m afraid of what people will think. Why did she say that? What was the purpose of that sentence? That’s such a dumb thing to say. I don’t put myself out there. That has made my teenage years miserable. Who knew something so seemingly simple as talking could be so difficult?

So platforms like Instagram, Snapchat, TikTok, and Twitter helped me in that respect by allowing me to easily communicate with people unhindered by my stuttering and my social anxiety. For that I’m thankful. Even if it’s just a brief conversation, I’m thankful.

All this aside, however, there’s a saying that every rose has its thorns. Ergo, every good and beautiful thing has a downside. And there are plenty of downsides to social media. Obsession over likes and views can lead to feelings of not being good enough or worthy enough when these likes and views are not as high as you would like. Hateful commenters will beat girls and guys down with angry words when all they want to do is express the confidence they have in themselves. It’s absolutely sickening.

The communication on social media that I discussed above? In reality, when looked at on a broader basis, it’s not all sunshine and rainbows. I’ve found that it can mess with your head, especially when the communication doesn’t go exactly as you expect…or it suddenly ends. I’m no stranger to being left on open, which is basically when someone sees what you sent on Snapchat and then doesn’t respond. It’s like saying, “I saw what you sent to me and I don’t care enough to reply.” It’s a form of ending communication. Just ghastly.

Um…it’s not that big of a deal, you might be saying. You’re making it way deeper than it actually needs to be. But I put so much effort into talking to people on social media that to me being left on open is very much a big deal. And it doesn’t help that I’m an overthinker and an obsessor. So every time something doesn’t turn out just right I get frustrated, and I overthink it to the point where it’s blown totally out of proportion. I wonder, Why doesn’t he (or she) want to talk to me? Did I say something wrong? Was I coming off too strong? Why is it always me who has to reach out first? Does he (or she) even care about me?

Because it’s true. The only time people text me first is when they need something, and that’s just a fact, so I don’t mean for that to sound angry or critical of my peers. That’s just the way it is. I’m not crying about it or anything, because it’s simply how life is for me. I’m totally fine with helping people out and sending them what they need because that’s the type of person I am, but at the same time I can’t help but think that there’s something wrong with me that makes people not want to “make the first move”. And I don’t mean that in a romantic sense. I mean that in a How’s your day? What are you doing this weekend? sense. People just don’t ask me these questions unless I ask them first…which I try to do pretty often because again that’s who I am. I’m selfless. I care about what’s going on with you. Maybe I’m too hopeful for someone to show even a morsel of interest in me that I make things into a bigger deal than they should be. But I’m still a teensy bit upset about it.

It’s a known fact that I look young for my age. That’s given me shockingly low self-confidence over the years. People never know that I am in fact sixteen years old (almost sixteen and a half) and a junior in high school, so they underestimate me. They can’t see inside my head. Intelligence, unlike beauty, isn’t something you can see. And social media doesn’t help with that conviction. Every day I find myself looking at these picture-perfect girls on Instagram or TikTok who are sixteen like me, or maybe they’re a year younger. It frustrates me beyond belief that I can’t look like that. I’ve never felt comfortable in my own skin, and I don’t like my appearance in general because I feel like I most closely resemble a little kid, so seeing girls so much prettier and mature-looking than I am doesn’t exactly help my self-esteem. Why, why, why can’t I look like that? I want to shout. I wish I could make heads turn like they do. Scrolling through my feeds and seeing these girls is like a slap in the face. There’s a pessimistic voice in my head that’s telling me to wake up, that this is what I’m supposed to look like and that I should be ashamed of my appearance. Recently it’s gotten increasingly harder to ignore this voice, and I wonder if the lack of traffic on my social media posts is linked to the way I look.

So that’s my experience with social media summed up in a few pages. But don’t pity me. Please don’t. I’m not writing this for people to feel bad for what I’ve gone through. I intend to use my personal story to raise awareness of what social media can do to a person mentally. The negatives of this technology are really negative…really, really negative.

But contrary to what you might be thinking, my life doesn’t revolve around social media. My life revolves around my family and my friends. I use going out to eat with my family and hanging out with my friends to get my mind off of whatever it is on social media that’s got me down in the dumps. I try to live in the moment.

Here’s an example. I entered the cafeteria for lunch one day in the worst mood possible because someone—a boy—had left me on open. We were on the verge of losing our streak (which is basically consecutive days of sending pictures back and forth), and the only way I can talk to him is on Snapchat because we go to different schools, so communicating with him via texts and pictures is important to me. I was so upset (probably unreasonably so) about the whole business that I didn’t touch my lunch at first. I was just staring into space, a deep frown plastered on my face. I couldn’t even pay attention to what my friends were saying. That isn’t good in any way whatsoever. I was obsessing over social media when my friends were right in front of me.

But then I snapped out of it. Get a grip, I chided myself. Live in the moment. Not everything in your life has to revolve around texts sent and pictures received and things of that nature. And so not long afterwards I was laughing at something my friend had said. The kind of laughing where you rock back and forth, eyes closed, full of mirth. I wasn’t thinking about Snapchat, or Instagram, or Twitter, or even TikTok, which is kind of surprising because I think about videos I see on that app quite a lot. But not then. I was participating in a funny conversation with my friends, and social media (or anything having to do with social media, for that matter) didn’t even cross my mind. It felt refreshing, like eating an ice cream cone on a hot summer’s day. Being with my friends and letting my social media woes float out of my head, at least for a while, is really nice.

Even though social media and I have a love-hate relationship much like siblings, I can’t let it control me and get the better of me when I have homework to do and dinner to cook and family and friends to talk to. Social media is a part of my life. A mere side note. I can’t let it become my entire life.

This entry was posted in Columns, Opinion. Bookmark the permalink.
top