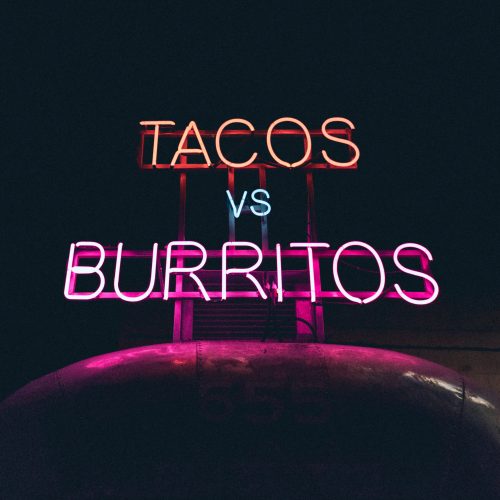 As of August 13th Taco Bell cut many fan favorite items from their menu. Taco Bell says that the revamp comes from the desire to make service faster and easier. They also said that due to COVID, they wanted to create a cleaner environment and thought that less menu items would help. In the words of the great Taco Bell chihuahua, “Yo quiero Taco Bell!”  But, some Taco Bell lovers may be rethinking that statement.

Some of the items that fans said goodbye to included the Quesarito, 7 Layer Burrito, Mexican Pizza, Nacho Supreme, Spicy Potato Soft Taco, Spicy Tostada, and the Chips and Dip. Although most items are gone for good, the Quesarito is still available for online order only. Many customers understand the reasoning behind these changes, but they are still upset to see their favorites go. One customer interviewed, Amanda (she preferred to only use her first name in publication) said that she was upset with the fact that they removed her favorite item, the Mexican Pizza from the menu, but all in all she understood the need to downsize the menu.  But, Amanda wondered why they did not just take off more unpopular items instead of favorites. She thinks that the changes will probably bring new fan favorites, since people will have to look for something new.

Another customer named Alanna (who also opted to use only her first name for the interview), said she felt as though the changes were pointless when it came to creating a cleaner work environment and faster service. She understood the reasoning behind taking items off for this purpose, but Taco Bell still has many items on their menu.  Alanna believed it did not make a difference in sanitation, and she was unsure if it would really make service faster. She is uncertain if the changes will create new fan favorites. Alanna said that she doesn’t like to stand in line and try to decide on an item, and she normally likes to just order the same thing. She said that many people want to order their usual just like she does, so she does not know whether or not new favorites will arise.

This is not the first time Taco Bell has changed their menu either. Former District Manager Vinci Lee Henry says that Taco Bell went through major changes in the 1980s as well. Before the ’80s, all of Taco Bell’s ingredients were made “from scratch” right in the building. The beans were cooked in large pressure cookers, and the meat was cooked that morning, but Taco Bell wanted faster service, so they began using prepackaged ingredients. The prepackaged ingredients reduced prep time and made service faster, but some said that it just was not the same. They reduced the menu then too, taking away the tostada, the enchilada, and the bean burritos green sauce.

“They felt the item ran its course,” Henry said.   “When something was not popular anymore they removed it.” Although she said that the removal of the tostada and the green sauce caused many complaints. These changes, like the recent changes in August, were for faster and more simplified service. Henry says it’s the same reason, different time period. “Sometimes it’s a good change, but sometimes it causes complaints,” she said. “From a former manager’s standpoint, I think change is fine, as long as it doesn’t lose business.”

Taco Bell says that these changes make way for brand new favorites, like the Chicken Chipotle Melt, Dragon Fruit Freeze, and Quesalupa. Taco Bell is also excited to announce the return of the bean burritos green sauce. While saying goodbye to favorites is sad, many loyal Taco Bell lovers are excited to see what Taco Bell will come out with next.  They are not the only ones slimming their menus.  Other fast food and sit-in restaurants like McDonalds and IHOP have made changes as well.

This entry was posted in News and tagged local news, news. Bookmark the permalink.
top