International News Focus: The Plight of the Uighur Muslims 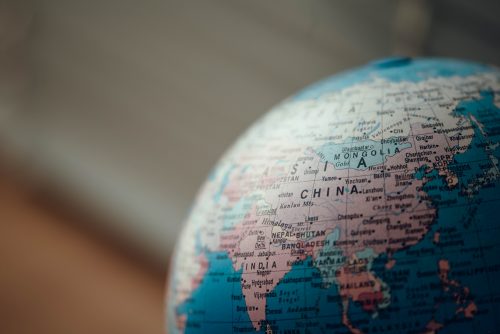 With the recent release of the Mulan live-action remake, China’s oppression of Uighur Muslims was brought to the public’s attention with its connections to the Disney movie. While filming the movie, some of the set locations were based in Xinjiang, China, a region where over one million Uighur Muslims are being detained. Government groups complicit in this act were found in the credits of Mulan with special thanks from Disney.

Even with the focus from recent headlines, this situation has been going on since at least 2017. Over 12 million Uighur Muslims reside in Xinjiang, China, also known as East Turkestan. More than one million Uighur Muslims are being held in modern-day concentration camps against their wills. China is conducting mass human rights violations.

In these camps, people are abused and tortured into conforming with Chinese culture. Uighurs are being forced to learn Mandarin and are forced to give up their religion. They face abuse, such as having food taken away or being electrocuted if they do not comply.

Women experience mandatory sterilizations and forced use of birth control. Even women not of childbearing age are being forced to use contraceptives. The country has been using these tactics to prevent the Uighur population to grown has reduced their numbers by 84%. This number is expected to grow larger in the upcoming years.

Disney began filming for Mulan in 2018, a year into China’s efforts to oppress the Uighurs. They, however, are not the only company complicit in using Xinjiang for their own profit. Approximately 80,000 Uighurs have been forced into doing work and labor at factories. Some of the companies’ factories they work at include Samsung, Apple, and Nike.

The camp conditions have been compared to prisons countless times. Uighurs are put under immense surveillance, with cameras and microphones closely watching. Multiple reports have emerged describing the tiny room and areas where they’re being detained. Large amounts of people are made to live in the same extremely small room. Officers have made use of restraints, handcuffing individuals to their beds, and tying their hands and legs together.

China has long denied the existence of these camps. Only when images of the camps emerged, the country claimed that these were re-education centers for anyone who volunteered to learn and be taught new skills. Even with immense amounts of proof, China has tried to give justifications for their actions.

After attacks in the country from 2013 and 2014, Uighurs were put on blame for these events. They claim Uighurs hold extremist and separatist ideas and pose a major threat to the country. China believes the group is a danger to the government and its people. They’ve compared Islam–the religion practiced by the Uighurs–to a virus, wanting to rid the country of this plague.

The country has been targeting Uighur Muslims for years. They’ve imposed odd laws to oppress the Uighur people, such as outlawing men from growing long beards and women from wearing veils. China destroyed Mosques, places of worship, and detain citizens with no cause.

In an effort to separate from China, Uighurs refer to Xinjiang as East Turkestan. They use this name to show their preferred connection to Turkic countries. Xinjiang is located in western China and borders Kazakhstan, Kyrgyzstan, and Tajikistan, all Turkic countries. However, China rejects this name and only promotes the use of Xinjiang.

The situation in China is not being talked about nearly enough as it should be. But, what can an average citizen–or a student in our school–do to help this group?  Donations to organizations like Muslim Giving help to provide aid for Uighur people who have escaped China and help run non-profits, such as the Uyghur American Association and the Uyghur Human Rights Project that are speaking up about this issue.

A simple post to social media could help reach others and inform of the atrocities occurring.  Write to your local politicians to encourage this topic to be brought up. This is a matter of human rights being purposely and completely ignored. Use whatever platform you have to speak about this problem. For more information and ways to help you can visit the UAA or the UHRP’s site.

This entry was posted in News and tagged china, international news, news. Bookmark the permalink.
top