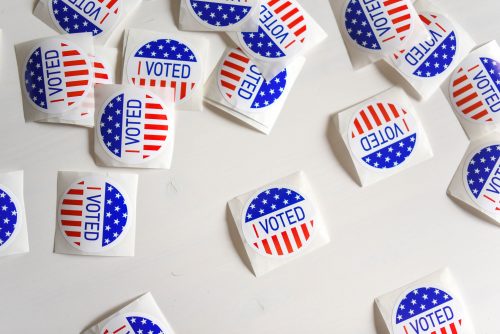 The 2020 election could decide the future of America. The two candidates, Former Vice President Joe Biden and President Donald Trump, have polar opposite views on most topics. Their views are vastly different on things such as COVID-19, climate change, and the Black Lives Matter movement.

Covid-19 might be the biggest issue this election cycle. Due to Trump’s poor response, the virus has been ravaging the country for almost all of 2020. Over 200,000 Americans have died, and the country’s condition doesn’t seem to be improving.

Public health officials have said that a vaccine won’t be widely available until the middle of next year. CDC director Robert Redfield has said that a vaccine would “initially be available some time between November and December, but very limited supply, and it will have to be prioritized.” Trump’s plan includes developing a vaccine by the end of 2020, and returning to normal in 2021. Preparing America for future pandemics is also included in his plan.

Biden’s plan is more detailed, including actual methods to slow the spread of coronavirus and prevent as many deaths as possible. He wants to make testing widely available and free for all Americans, then report testing numbers daily. A Biden administration would increase funding for federal health departments such as the CDC and the National Disaster Medical System. Biden has also said that he will put a national mask mandate in place.

Climate change is the existential threat of our lifetime. On one side, there’s Trump, a science denier. On the other side, there’s Joe Biden, who wants to take precautions and move toward preventing climate change. Trump doesn’t believe in climate change, although science says that it’s coming, and we don’t have much time to stop it.

Part of Biden’s plan is recommitting the United States to the Paris Agreement, an international climate deal. Biden’s plan also includes reaching net-zero emissions by 2050. This will be accomplished by investing in clean energy, and by doing this, jobs will be made because people will be needed to build and manage these new energy systems.

The Black Lives Matter movement is the largest movement in the history of America. With ongoing protests for the past three and a half months, this is one of the larger issues for this year’s election. One of the things that is being called for is police and criminal justice reform. Neither Biden nor Trump want to completely do away with the police.

Biden plans to reform our criminal justice system. Big parts of his plan include investing in education for all, making sure people get into social programs instead of prison if they need it, and expand federal funding for mental health and substance abuse services. His plan also includes steps towards getting rid of racial disparities in the criminal justice system. Biden has also said that he supports the BLM protests, but has condemned the stealing and destruction of property.

Trump has said that he opposes the BLM movement. Trump’s official re election plan includes hiring more police, bringing “violent groups” like Antifa to justice, and ending cashless bail for dangerous criminals. The problem with him wanting to bring Antifa to justice is that Antifa is not a group. There is no Antifa membership, there are no leaders. Antifa is a political ideology that is short for anti-fascism. Trump saying this is worrisome because it allows him to prosecute his opposition for no reason other than they fit the vague label of Antifa.

These are only some of the policies and programs from the two candidates, and for a more in depth look at these issues and others, you can visit their respective websites, linked below: