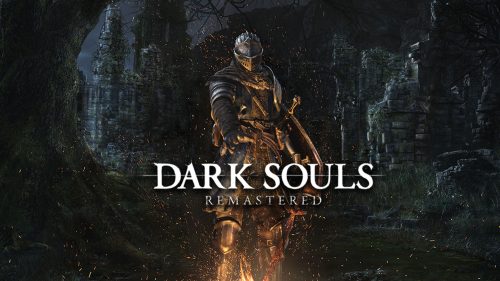 Where to buy:  $39.99, via several platforms including Steam, XBox, and the Nintendo eShop

Dark Souls is an action RPG by Japanese development company FromSoftware. The game first released in 2011, and a remastered version released in 2018.  Dark Souls was incredibly successful. It spawned an entire franchise and genre of games like it. Although in my opinion, not many games come close to being as good as the Souls games that FromSoftware makes.

When you start Dark Souls for the first time, you’re met with a cinematic that explains some of the backstory of the world the game takes place in, Lordran. This is almost all of the direct storytelling that’s done in this game. Instead of the story being told directly to the player through dialogue or cinematics, you can actually miss a lot of the story in Dark Souls. Most of the story here is told through the descriptions of items, and even then they tend to be vague and short.

Your adventure begins in the Undead Asylum, where the Undead humans are to await the end of the world. You adventure through the Asylum and find the first boss, the Asylum Demon. This location and boss serve as the tutorial for the game. After defeating the boss, you’re dropped into Firelink and told to ring a Bell of Awakening, and that’s it. You’re free to go explore.

Firelink is the hub of the game. It houses important characters and vendors, and nearly every path will eventually lead back to this location. One of the most amazing parts of Dark Souls is its interconnected world. From Firelink there are so many different routes to take. When starting, you can go to the Catacombs, Undead Burg, and New Londo Ruins. Each of these locations then continues to further areas.

The normal path is to start with Undead Burg. You continue from Undead Burg onto Undead Parish. This whole time you are ascending. There is not a decline in elevation until reaching the church of Undead Parish where you find an elevator. The elevator takes you all the way back down to Firelink. This was a very cool reveal when I was playing. You’re then tasked with ringing a second Bell of Awakening and must descend to Blighttown.

Blighttown is dark and depressing. It’s a poisonous swamp that really feels like it’s from a world that has gone to ruin. The atmosphere of Dark Souls is incredible. FromSoftware always does a good job with the worlds, music, and story of their games.

The series has a reputation for being difficult. The games really aren’t too hard once you get used to the combat though. A huge part of the combat is the stamina bar. Every action except for walking drains your stamina. Combat is all about managing the stamina bar and not getting hit. You can attack with your weapons, block with your shield, and roll through or around attacks to avoid them.

Enemy attacks typically have a long wind up, and are somewhat easily avoided. The game gives you a lot of time to prepare yourself for an attack. Rolling through an attack completely negates its damage, if you time the roll right. Blocking an attack can absorb some of the damage, and requires less time and stamina than rolling does. The combat is a balance between avoiding attacks and attacking the enemies without running out of stamina.

Bosses are a huge part of the Souls games. Most areas have a boss in them, with a few exceptions like Firelink. There are 26 bosses in the original game, and each one has its own unique design, moveset, and difficulty. Almost every one of them is good and fun to fight against.

When playing Dark Souls, one thing that I noticed was the lack of background music. There are four areas that have background tracks, and all of them are pretty important in the game. Only those four locations and the 26 boss fights throughout the game have music. The lack of music throughout the rest of the game makes those music tracks even more impactful and memorable. This game has one of the best soundtracks I’ve ever heard in a video game.

The graphics of Dark Souls aren’t amazing when compared to current games. Which makes sense because the game came out 9 years ago. Although where it lacks in graphics it makes up for in art direction. Souls games have some of the most beautifully designed worlds of any game. From the grand city of Anor Londo, to the toxic depths of Blighttown. Every area is stunning and has a unique atmosphere to it.